Demonstrators march following announcement of no charges over Prude death

Free the People Roc, an activist group that has been the driving force behind several protests in the city over the death of Prude, organized the event.

Protesters first gathered at around 7 p.m. on Jefferson Avenue near Dr. Samuel McCree Way, the area where the incident between Prude and Rochester Police officers took place in March 2020.

Protesters are now hopping the fence that RPD has put up on Child street pic.twitter.com/MW0PRVVd2w

They ended up at a police substation on Child and Campbell streets. The Rochester Police Department says "after officers showed incredible composure while taking verbal attacks," the protesters moved onto I-490 from the Child Street exit and began marching east toward downtown.

Protesters in front of police substation on Child and Campbell. pic.twitter.com/MpJhwqBb0z

Speakers at the entrance of PSB. pic.twitter.com/m0b8M6NW5C

The Monroe County Sheriff’s Office warned that the assembly on the other side of the police barricades was unlawful and told protesters to disperse or face arrest. 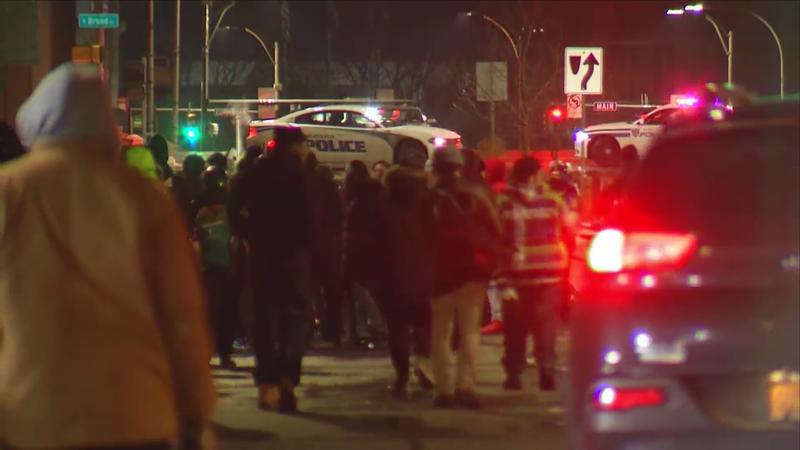 At approximately 11:45 p.m. Tuesday, the crowd dispersed. News10NBC is working to find out if any arrests were made.

BREAKING: This is the Monroe County Sheriff’s Office.
You are unlawfully assembling and breaching police barricades on Exchange Blvd. Please DISPERSE IMMEDIATELY or face arrest.

BREAKING: While MCSO supports lawful assembly this is NOT a lawful demonstration on Exchange Blvd. on Civic Center Plaza. MCSO has 750 inmates in its care & custody in MCJ. Please DISPERSE IMMEDIATELY. We cannot allow people to risk safety of our inmates. Please respect command pic.twitter.com/QHb5i7iGLu

Some vocal community members began making their feelings heard right after the announcement that there would be no indictment was made.

Some Community members expressing their dissatisfaction with the grand jury’s decision pic.twitter.com/BUeNnFup11

Free the People Roc posted on their Facebook page, saying, in part, "We demand the immediate firing of the officers that murdered Daniel Prude, the severing of the Locust Club contract, and the complete dismantling of the Rochester Police Department."