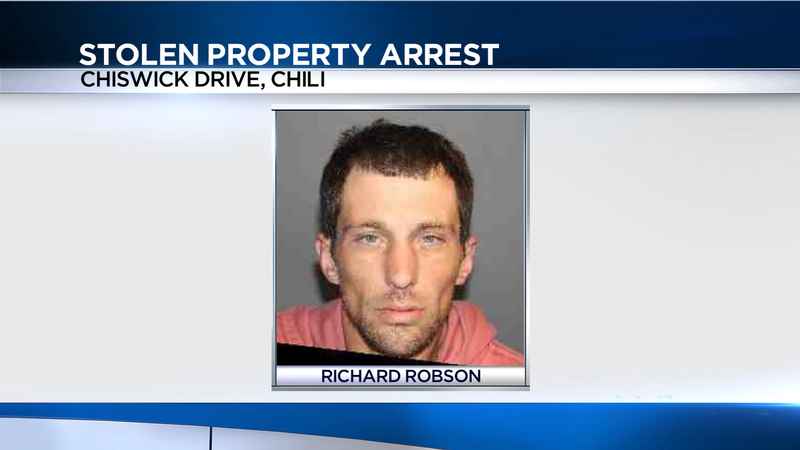 RIGA, N.Y. (WHEC) — A Henrietta man is facing charges after deputies say he went through and took items from several cars in a Riga neighborhood.

The Monroe County Sheriff’s Office was called to Chiswick Drive around 3:20 a.m. Friday for a report of a man rummaging through people’s cars.

Based on a description from witnesses, deputies and a K9 tracked down Richard Robson, 35, who deputies say was hiding under a bush at a home.

Robson was taken into custody and charged with felony fourth-degree criminal possession of stolen property and was released on an appearance ticket.

Deputies ask you to remember to lock your cars and remove any valuables.