Deputies: ‘No credible threat’ found in ‘disturbing’ video made by Pittsford Sutherland student

PITTSFORD, N.Y. (WHEC)— School leaders in Pittsford are promising “heavy consequences” over a disturbing and racist video that has been circulating on social media.

The video has been causing major concern among parents in the district. The Monroe County Sheriff’s Office says there was no real threat in the video (which depicts a Pittsford Sutherland student wielding what looks like a handgun and saying he carries it to kill what sounds like the N-word before the video cuts out). MCSO says it has determined that the gun in the video was an airsoft gun. Regardless, parents are outraged.

"It saddens me. I’m angry and I’m sad,” said Tiffani McClain, whose daughter is a junior in Pittsford. "The insult is the fact that they said the video was not a threat."

McClain and other parents feel that while there might not be a direct threat to their children’s physical well-being from this video, their emotional well-being is still very much a concern.

"Even though we were told there’s no credible threat to their physical safety they still had to get on the bus this morning and go to school and we don’t know if that student is at school today," said Pittsford Parent and Co-founder of PittsFORWARD, Kendra Evans. "Both of my children are children of color, my son is Guatemalan and my daughter is Haitian, and watching this very direct threat with what looked like an actual handgun sent chills down my spine as it would any parent." 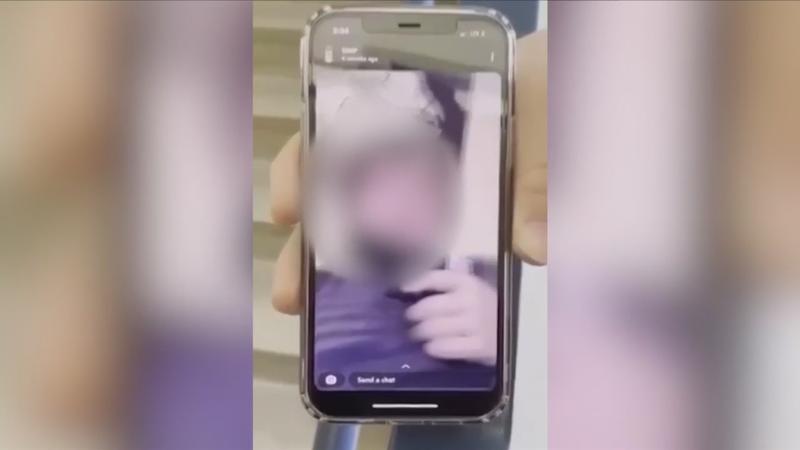 McClain believes this isn’t an isolated incident and says her daughter experiences racial microaggressions on a daily basis at school.

"Another group of students that will walk by who will be of a different race will stop, glare, hiss, whistle, that’s that microaggression,” said McClain. “There was another time when she said everyone was in the cafeteria and there’s a chant that they do you know for the football team, and when all the black kids joined in all the other kids decided to be silent."

Deputies say they interviewed the student’s family and the family is cooperating. The office turned the information over to the district.

News10NBC reached out to the district for comment Sunday night, and a spokesperson shared a copy of an email Superintendent Michael Pero sent to families on Friday. In it, Pero said the district was dealing with "multiple racist incidents", including the video.

He said the incidents mostly happened outside of school. He was made aware of the video on Friday.

Pero Letter to Families by News10NBC on Scribd

While the video is old, MCSO added the video is "unsettling" and a deputy will be stationed at the school over the course of the next few days.

The office finished its statement by saying the video is "unacceptable" in the community. As for Pero, he called on parents for help, asking them to have a "developmentally appropriate conversation" with their children about speaking up as a bystander if they witness racist or discriminatory words or actions.

You can read his letter in full below.

It saddens me to share that this week there were multiple racist incidents, mostly occurring outside of school, and most involving social media of some type. Among these incidents, was the posting of racist video by a PCSD student that was reported to me Friday evening. We investigated this and the other situations, took swift and serious disciplinary actions, worked directly with the families involved and in some of the incidents, involved the Monroe County Sherriff’s Office. In more than one of these incidents, students in our schools were made to feel unsafe and that is unacceptable.

Parents, I am asking for your help. Please have a developmentally appropriate conversation with your child about the importance of speaking up as a bystander if racist, discriminatory, and/or biased words or actions are observed. Emphasize to your child that if they have been on the receiving end of any kind of hate-filled, racist, or derogatory speech, that they should report that to an adult at school as soon as possible. Please also talk to your child about the importance of valuing their peers and being a positive citizen. Last, I ask that you join me and our school community in condemning hate filled, derogatory, racist speech and racist actions in any and all forms. There is no room in our schools for racism.

My expectation is that our school environment is one filled with care, compassion, respect and empathy by and for every single student, without exception. Thank you for your assistance in helping to make this a reality.

On Monday, a statement from Michael Pero, Superintendent of Pittsford Schools was released:

“As a follow up to yesterday’s message, I wanted to share with our community that PCSD is dealing with students who made racist remarks on social media, video and in text messages, most of which occurred off campus. These very serious incidents include a hateful text exchange, with racial content, among secondary students and a disturbing video created months ago that has now come to light. In particular, the video includes a student who displays a weapon that was determined to be an air-soft gun and deemed not a threat by Monroe County Sheriff’s Office (MCSO).

We continue to work closely with the MCSO who stationed deputies at Sutherland High School today out of an abundance of caution. Counselors in our schools are available and trained to support students impacted by these incidents. We also encourage families to reach out to their school principal if your child(ren) are in need of additional support.

These incidents and any form of racism or discrimination are intolerable and PCSD will pursue student discipline with the heaviest of consequences at our disposal. In the face of this the District is determining how best to bring these examples to our student body with the message that this behavior is unacceptable, is completely void of humanity and wholly in violation of our code of conduct, core values, and everything PCSD stands for.

Let me be clear that we recognize the significance of these and previous events and the impact it has on our students and families. Our work in eradicating racism must be stronger than ever. This will include completing the process of hiring an equity and inclusivity coordinator and continuing our work to ensure an inclusive environment.

It should not be overlooked that these situations came to our attention through honorable students who followed our “See Something, Say Something” protocol. I am proud of these students for doing the right thing for their school and our entire community. Their leadership exemplifies our mission as a school district to make a positive difference in the lives of others.”