ALEXANDER, N.Y. (WHEC) – The Genesee County Sheriff’s Office has confirmed a double homicide in the Town of Alexander.

18-year-old Raul Cruz and 23-year-old Prince "N.K." Wilson were arrested on Saturday, March 12 and charged with murder. They are being held without bail at the Genesee County Jail.

Investigators say the murders happened just before 10 p.m. the night of Friday, March 11 at Blumer Dairy Farm in Alexander. Two Hispanic men were found dead inside a building that had been set on fire.

Deputies Friday released the identities of the victims: Elibander Morales, 30, and Marcelino Gomez Hernandez, 29. They say the two were stabbed to death.

Deputies believe this is an isolated incident and there is no threat to the public. 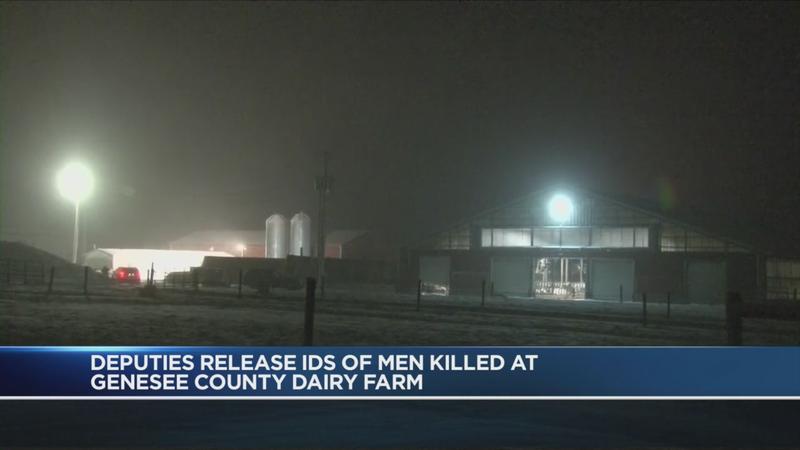