Deputies search for burglary suspect on Marsh Road in Pittsford

Deputies responded to reports of a suspicious vehicle parked in a driveway on Marsh Road around 3:15 p.m. Friday. A deputy spotted the vehicle, which then drove toward the deputy at a high rate of speed.

The vehicle crashed into a fence, and the deputy took the driver, James Boston, 61, of Rochester, into custody. The deputy found a gun on the driver. The deputy nor the suspect were injured. Boston was charged with assault in the second degree, criminal possession of a weapon in the third degree, and resisting arrest.

Deputies believe Boston was driving a car involved in a nearby burglary that happened just a short time later.

Investigators are still looking for that suspect who was seen leaving the area on foot. The sheriff’s office describes him as a white man in his 30s, about 6 feet with a thin build, a mustache. He may be wearing a grey shirt. 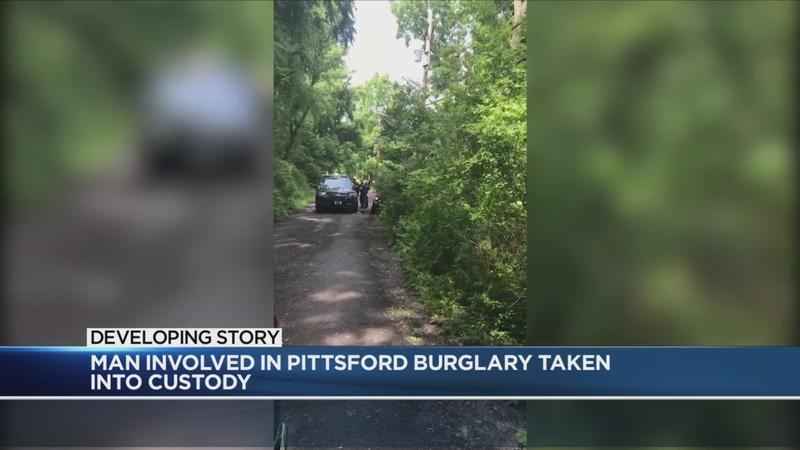 New York State Police Aviation Unit is assisting in the search along with the sheriff’s office K9 unit.

Investigators say anyone who sees a person matching the description given should not approach him, and call 911 immediately.