Deputies: Two airlifted to hospital with serious injuries after crash in Phelps

PHELPS, N.Y. (WHEC) — Deputies say two women were flown to the hospital with serious injuries after a crash in the Town of Phelps Sunday night

It happened on Route 96 in Phelps between Lester Road and County Road 6 around 8:40 p.m.

The Ontario County Sheriff’s Office said a woman in one car crossed over the center line and struck the other car head-on. Both drivers were trapped and needed to be cut out of their cars.

Both were flown to Strong Memorial Hospital. 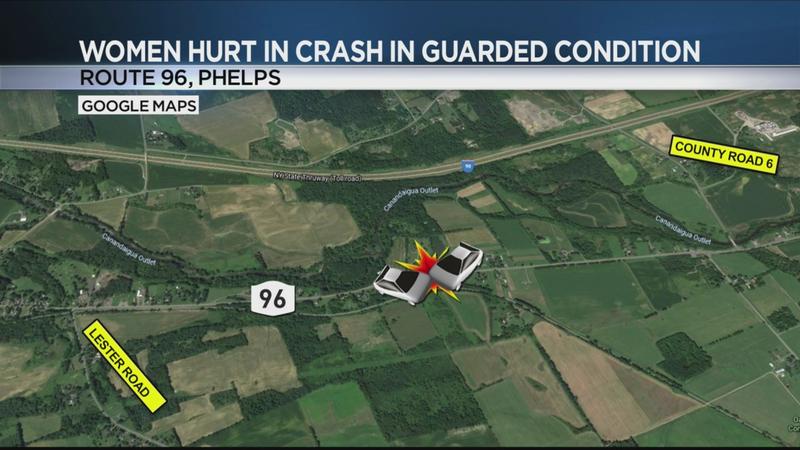 Both of the drivers are in guarded condition in the trauma unit.