CANANDAIGUA, N.Y. (WHEC) — For the first time in over a year, the Constellation Brands-Marvin Sands Performing Arts Center (CMAC) in Canandaigua is open for major concerts.

Thousands of country music fans filled the venue Thursday night to see Dierks Bentley on the opening night of his national tour.

Fans of Country Music singer Dierks Bentley headed into CMAC for tonight’s first concert of the year at the venue. pic.twitter.com/1S5mCHZ3vU

News10NBC talked to a few fans about their first big concert since the pandemic shut everything down.

People from all over the Finger Lakes region held tailgate parties in the CMAC parking lot just hours before popular country music sensation Dierks Bentley took to the stage. Lindsey Williamson and her party were so excited to be back.

“This is our first concert back since covid, and Dierks, this is the second time we’ve seen him, and he’s fantastic in concert,” Williamson said.

Before the concert everyone in the parking lot was either listening to county music, playing corn hole, or eating and drinking. Many partying without any worries. 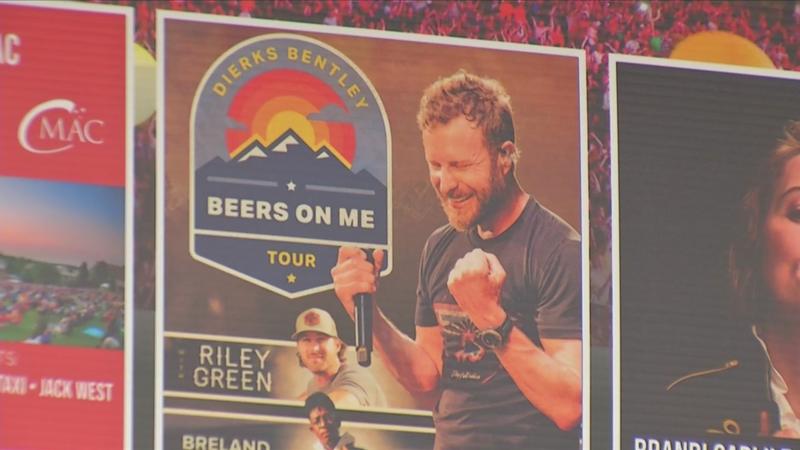 "It’s just different," said Sue Campbell of Geneva. "No masks. Get out, and do the normal thing now.”

"I think it’s awesome," said Penn Yan resident Kendra Reed. "I think it’s needed. I think people need to get out to start living life again. It’s definitely needed for all of us.”

CMAC reopened for live music this year, and recently hosted two musical events. Thursday night’s concert is the first of many scheduled for this summer featuring several internationally known performers. Fans we talked to tell us why they love Dierks Bently so much.

"He appeals to a lot of different age groups," Geneva resident David Campbell said. "My age group, and as you can see the younger people here. Just a good songwriter, good singer.”

"My favorite song of mine is ‘Drunk On A Plane,’” One young fan said.

"He’s so down to earth," Williamson said. "He’ll come right in the crowd, and he will give you a hug. He’s great.”