Do the Right Thing: Jamere was brave and stood up for another student 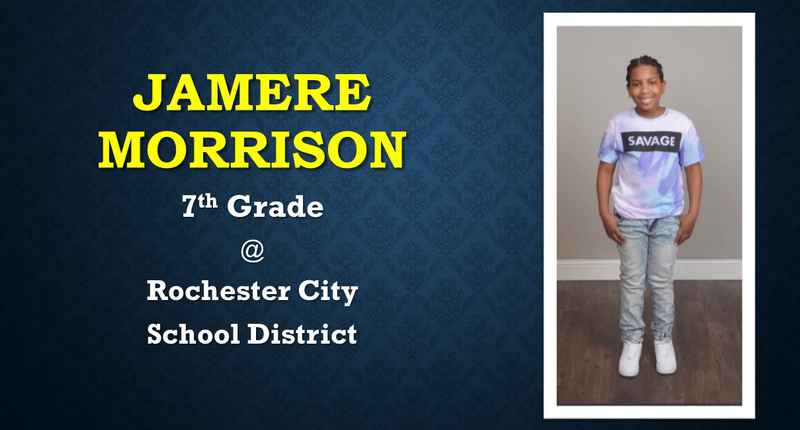 Jamere was nominated for showing bravery and role model behavior during an incident that happened last school year.

Back in May, while riding the after-school bus home, one of his 6th-grade classmates became angry at a younger 3rd-grade student who was also on the bus. This 6th grader punched the 3rd grader in the face multiple times, so Jamere stepped in and pulled his classmate away, stopping the assault.

The younger student and his parent strongly believe that Jamere saved the boy from serious injury. There were several other younger students on the bus that witnessed Jamere’s brave actions as well.