Do the Right Thing: Jonathan saved his grandmother during a devastating fire 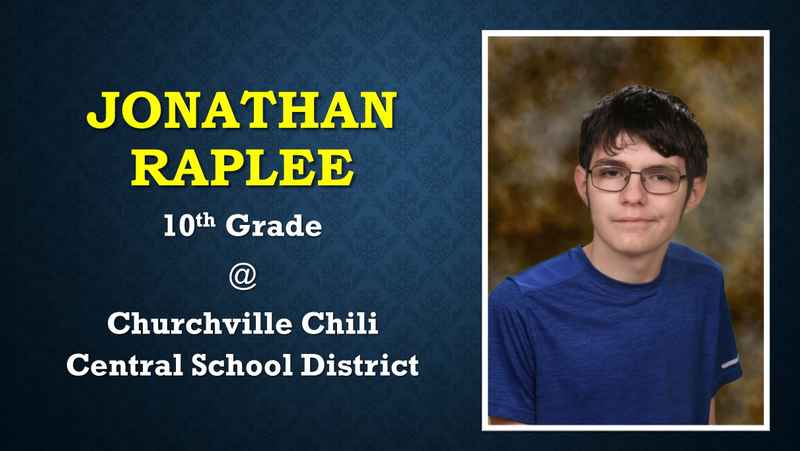 [Do The Right Thing]

ROCHESTER, N.Y. (WHEC) — News10NBC is celebrating the latest winner of this semester’s “do the right thing” award. Meet Jonathan Raplee a 10th grader from Churchville.

Jonathan’s school administrator nominated him for the brave and courageous way he handled an emergency situation this fall. Jonathan, who is on the autism spectrum, was home alone with his grandmother when he smelled smoke. A fire had started in a downstairs electrical outlet. Jonathan calmly helped his Nana, who has dementia, out of the house and contacted 911.

Any student enrolled in grades K-12 in any Monroe County school is eligible for nomination. The good deed the student is nominated for must have occurred in Monroe County within one year of the nomination. Anyone over 18 years of age can submit a nomination form (this includes family, friends, school staff, coaches, etc.).