Do the Right Thing: Kimberly saved her grandmother after a fall

ROCHESTER, N.Y. (WHEC) — News10NBC is celebrating the winners of the spring’s “Do the Right Thing” award. Meet Kimberly Hinkle from the Anna Murray-Douglass Academy, School No. 12.

She received the award for her bravery and ability to remain calm when her grandmother suffered from a medical emergency. In November of 2021, Kimberly was home with her grandmother while Kimberly’s mother was at the hospital being treated for an injury. Her grandmother had a medical episode that caused her to fall to the ground and become unconscious.

Kimberly called 911. She answered all of the dispatcher’s questions, followed instructions, and remained on the phone. Doctors at the hospital were able to properly diagnose her grandmother’s medical condition and save her life.

The “Do the Right Thing” awards, organized by the Rochester Police Department since 1995, recognizes students for their courage, kindness, heroism, leadership, or other attributes.

Any student enrolled in grades K-12 in any Monroe County school is eligible for nomination. The good deed the student is nominated for must have occurred in Monroe County within one year of the nomination. Anyone over 18 years of age can submit a nomination form (this includes family, friends, school staff, coaches, etc.). 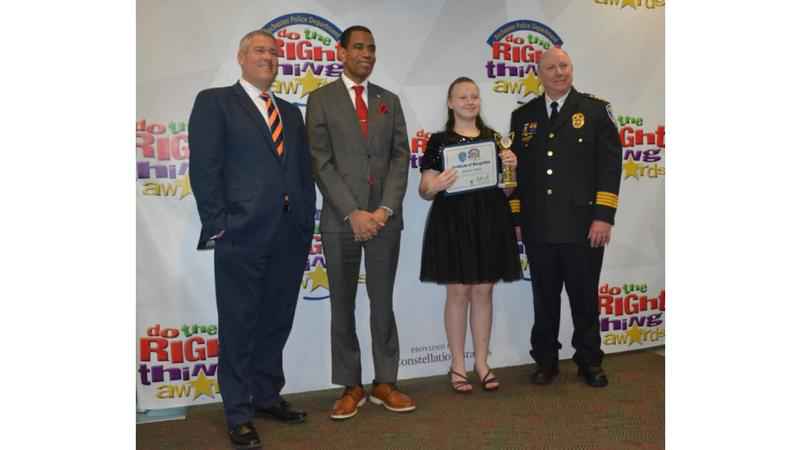