In 2009, the Salvatore’s Pizza Family re-opened the Rochester establishment with Malley’s blessing and direction, sharing his original recipes and serving as a frequent visitor, consultant and mentor, up until his passing.

Calling hours are Thursday from 4 p.m. to 8 p.m. at the Dreier-Giltner Funeral Home at 1717 Portland Ave. in Rochester. Funeral Mass is scheduled for 10 a.m. at Holy Trinity Church at 1460 Ridge Rd. in Webster and interment is immediately after at White Haven Memorial Park at 210 Marsh Rd. in Pittsford. 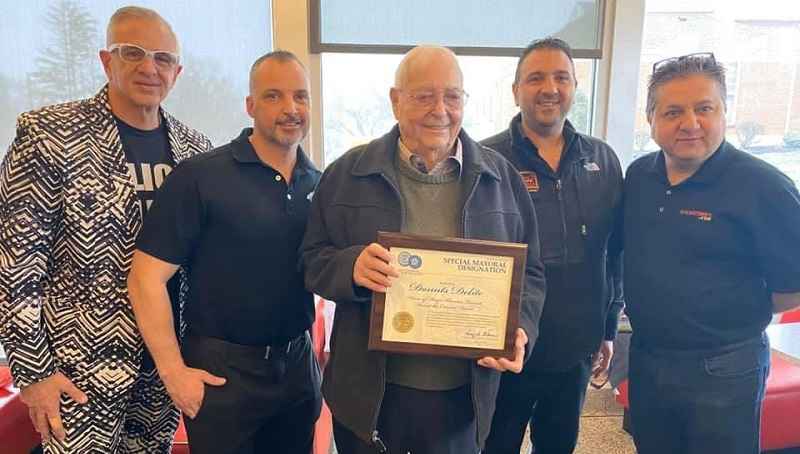 In lieu of flowers, mourners can send donations to Eastern Service Workers, 234 Bay St, Rochester, NY, 14605, in his memory.