It happened on Portland Avenue near Rochester General Hospital around 11:15 p.m.

Three people in the car with the man, including two teenagers, were taken to Strong Memorial Hospital to be treated for minor injuries.

Police did not say if anyone in the turning car was hurt. 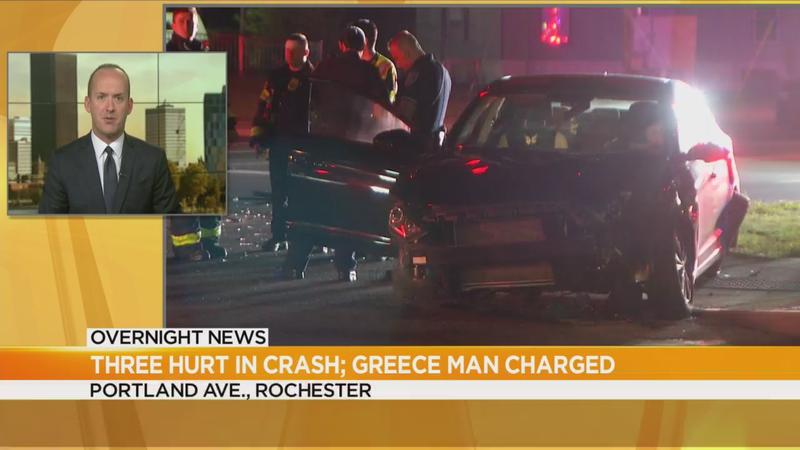 The man was arrested for an aggravated unlicensed operation and issued several additional traffic tickets. He was released with an appearance ticket.