Dolce Italy announced on Facebook Thursday it will shut its doors at the end of the month and thanked its customers.

The Italian pastry shop is in a plaza on East Avenue in Rochester.

Last week, Bay & Goodman Pizza closed for good, citing unfavorable lease negotiations, rising costs, and labor shortages, and Jimmy Z’s in Brockport announced it was shutting its restaurant down temporarily, shifting its focus to catering and its food truck. 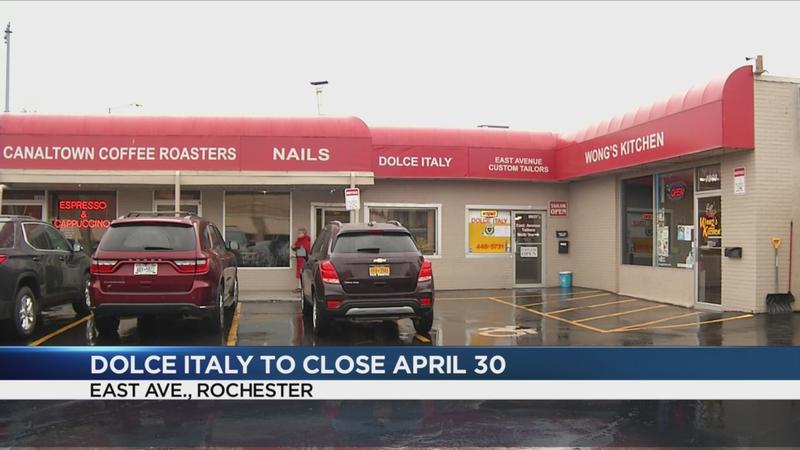 In the same week, Stever’s Candies on Park Avenue announced it would trim its hours.

Eateries that are staying open are trying different strategies to stay afloat: From raising prices, to cutting them with some restaurants even offering signing bonuses, or having to skip out on Mother’s Day and Father’s Day.