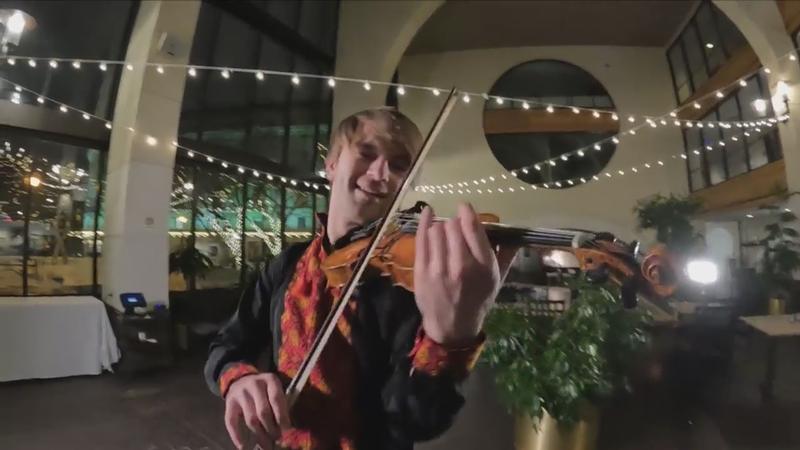 ROCHESTER, N.Y. (WHEC) — The Eastman student who had to go home to Ukraine shortly before Russia’s invasion is following through on his plans to use his musical talent to raise awareness about what is happening in his country.

Kostia Lukyniuk has spoken with News10NBC many times. On Jan. 19, he spoke with News10NBC Anchor Brett Davidsen as he was preparing to return home. Then, on Feb. 28, he spoke with Chief Investigative Reporter Berkeley Brean from Kyiv, as he tried to get back to his hometown, which is in western Ukraine. Most recently, Lukyniuk spoke with Davidsen again, telling him that while he doesn’t see himself as a soldier, he wants to use his music to raise awareness and to bring some joy to his people during the crisis befalling them.

Kostia Violin will play an exclusive pre-recorded music set and talk about what is happening in Ukraine.

Fatso’s XL says 100% of the proceeds will be distributed through the Knights of Columbus directly to the people of Ukraine for humanitarian efforts and to support the troops.

Tickets are $25 and there will also be T-shirts and wristbands for sale.

Click here for more information or to buy tickets.