Effort to save USS The Sullivans enters sixth day

BUFFALO, N.Y. (WGRZ/WHEC) — Work continues in Buffalo to save the U.S.S. The Sullivans, six days after the 78-year-old destroyer began taking on water Thursday morning.

Crews say the historic ship is now sitting at a more severe angle in Lake Erie.

Buffalo Mayor Byron Brown said progress continues to be made, adding that failure is not an option.

He said nearly 60 workers are currently on-site at the Buffalo and Erie County Naval and Military Park, as environmental remediation efforts continue. 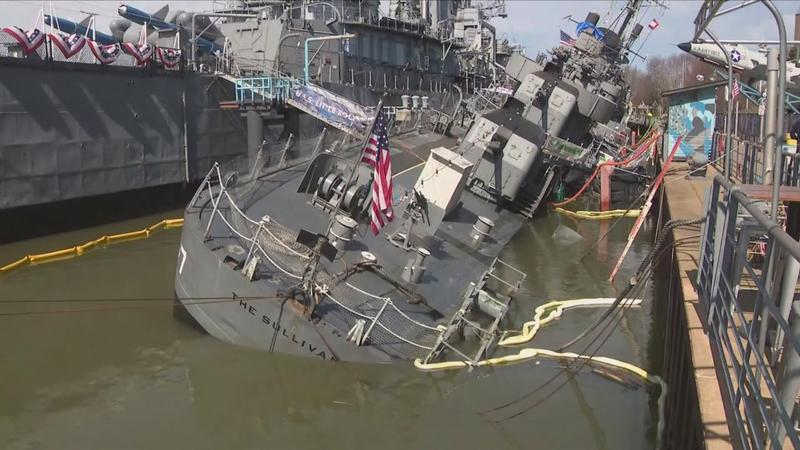 "Our goal this afternoon and throughout the response are, number one—safety of responders and the public, two—protection of the environment, and three—refloat and repair The Sullivans," Littlejohn said.

Divers were scheduled to go into the water on Tuesday to check out the damage to the ship, but high winds and high water levels prevented them from going into the water.

The plan is to have divers go in on Wednesday if conditions are more favorable.

The destroyer is a historic landmark and was named after five brothers from Iowa who died together on the U.S.S. Juneau in 1942.

The Sullivans saw battle in WWII and the Korean War before being decommissioned in 1965.