ROCHESTER, N.Y. (WHEC) — News10NBC and ESL Federal Credit Union are proud to partner in recognizing five individuals who have gone above and beyond as winners of the 2021 Jefferson Awards. Meet one of the honorees, Bijaya Khada.

In a community already welcoming of immigrants, Rochester’s newcomers have one very prominent advocate who understands their challenges very personally.

As chairman of the City of Rochester’s New Americans Advisory Council, Bijaya Khada helps fellow refugees and other immigrants connect with needed resources and speak out for themselves.

Khada was front and center recently as he facilitated the opening of the new K-Asian Market. 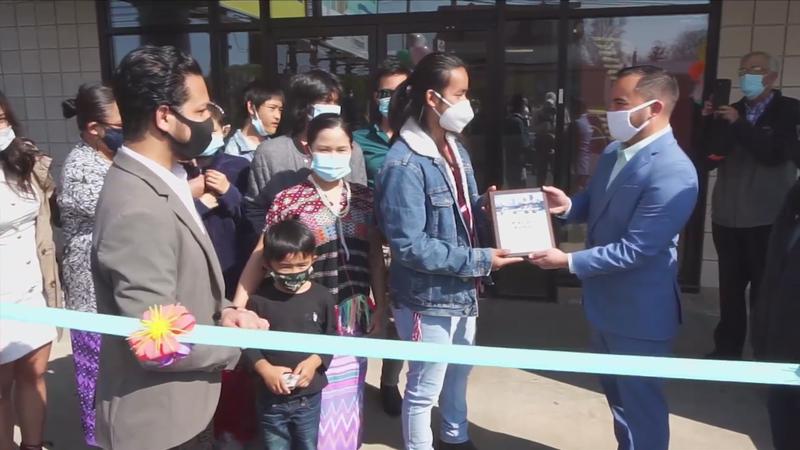 Originally from Bhutan, Khada’s family fled factional conflict in his home country. He grew up in a tiny hut of bamboo and plastic in a refugee camp in Nepal.

"You don’t have a house. You don’t have proper documentation. You don’t have an identity. You belong to nowhere. That was the most difficult part," Khada said. "Coming to America was nothing but a miracle, I would say. I had never in my life had been to this part of the world."

Then came the challenges of making his way, as an immigrant, a refugee, and a teenager who knew little English, in the strange new world of Rochester.

"I was going through in cultural shock," Khada said. "You come from a different country with a different culture, different background, traditions, different. Everything is different. You look like an alien in the midst of these busy people."

Through his work, Khada has gained wide admiration for bridging the gaps between immigrants and the valuable help and services they need. Accessing those, he pointed out, can be tough, even when Rochester is ready to give.

"Introducing American culture and how traffic works," he ticked off challenges. "Going through DSS process, helping with applications coming, helping with doctor appointments and housing process and stuff like that. Helping people update green card and citizenship."

"Bijaya just has such a caring, humble way of being that he finds a way to assist those that are asking for help," Vanessa Martel with the YMCA Of Greater Rochester said. Martel works with immigrants and with Khada to help them.

"Not only is he someone who truly advocates for the community, but he has a relationship with them, and he’s trusted by them," Warren said. “You want trusted advocates to be the person to bring other people to the table so that it can be, from the very beginning, something that is going to flourish, and people are going to be excited about being a part of."

Mary Lou McLeod, who works with Khada at the Rochester Rehabilitation Center, said she looks at him and sees a promising guide for the city’s varied immigrant communities.

"I see hope," she said. “I see a future. I see us collaborating, working together to make this a better America."

Khada says he hopes to build still more bridges to City Hall and says he still looks back in joy on crossing over another boundary of his own, becoming a U.S citizen in 2017.

"When I was taking allegiance I was, you know, having tears in my eyes and a smile on my face at the same time," he said. "It was very exciting. I am American!"

And how does that sound?

Click here to learn more about the ESL Jefferson Awards.