ROCHESTER, N.Y. (WHEC) — News10NBC and ESL Federal Credit Union are proud to partner in recognizing five individuals who have gone above and beyond as winners of the 2021 Jefferson Awards. Meet one of the honorees, Clay Harris.

Call it the power of persuasion! Harris seems to rally just about anyone to join in a good cause.

Harris was surprised to have been nominated for an ESL Jefferson Award. He says he does what he does out of his love for people. He is one of eight children. He wasn’t quite a year old when his parents relocated to Rochester from Alabama.

"The letter, I mean… it really moved me almost to tears, honestly, because I was like wow, this is pretty deep," Harris. said. "And I was like, I’m not worthy of this."

But others disagree. Last November, Harris launched a food drive to provide food for families at Thanksgiving. It was super successful as 2,000 food baskets were distributed to those in need. 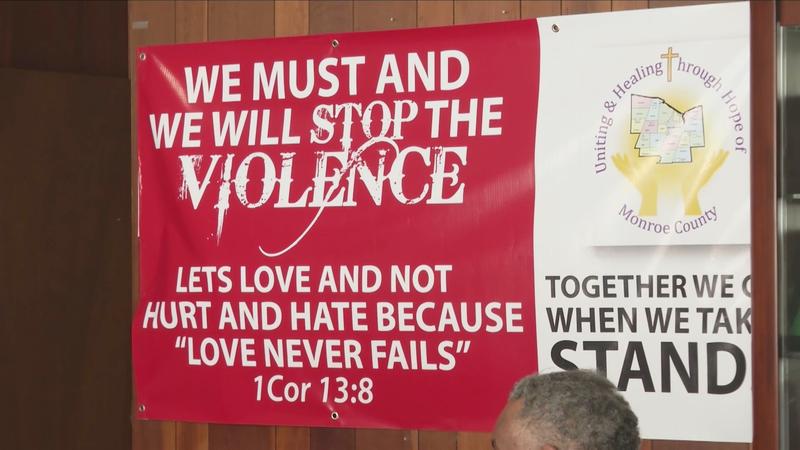 He didn’t stop there. Harris rallied the community to collect 3,000 blankets a month later. Those blankets went to families and police officers to use in emergencies. If that wasn’t enough, at Easter, Harris was at it again.

Volunteers gathered enough food to give out hundreds of food baskets to families, particularly veterans. Out of all of these efforts came the non-profit organization Uniting and Healing through Hope of Monroe County.

Through that organization, Harris has taken on perhaps the biggest project of his life.

"Next is trying to stop the violence and to show these young people and people in general that love conquers hate," Harris said. "You can work out your situation. You don’t have to go from zero to 10 and take another human being’s life because life is precious."

Learn more about the ESL Jefferson Awards and this year’s honorees here.