Fact Check: A warning for women

ROCHESTER, N.Y. (WHEC) – A warning for women posted on social media. According to the post, a human trafficker tried to nab a young woman at the East Avenue Wegmans in Rochester.

"Beware young women. My grandson’s girlfriend almost got nabbed at East Avenue Wegmans. He was hiding under her car and grabbed her but she screamed and luckily there was a cop out there. He tried to get away but someone knocked him down and all he could say was he couldn’t believe he couldn’t pull it off. He was a human trafficker. Please don’t shop alone at night."

There were a few comments on the post asking why this wasn’t on the news.

Another person said, "Because it’s Wegmans — that would be negative press."

Just so you know, if this happened News10NBC would report it. So I immediately reached out to Rochester Police.

Here’s what I was told: "We have zero reports in the last seven days regarding anything remotely close to this."

Investigators also called the Security Director at Wegmans, and they have no reports of this happening.

"We feel safe in shooting this down as a false story," said RPD Public Information Officer Carlos Alvarado.

I reached out to the woman who posted the warning. She told me it happened and the man was arrested. When I asked when it happened and if the young woman would talk to me I didn’t get a response. The post has since been removed from nextdoor.com. 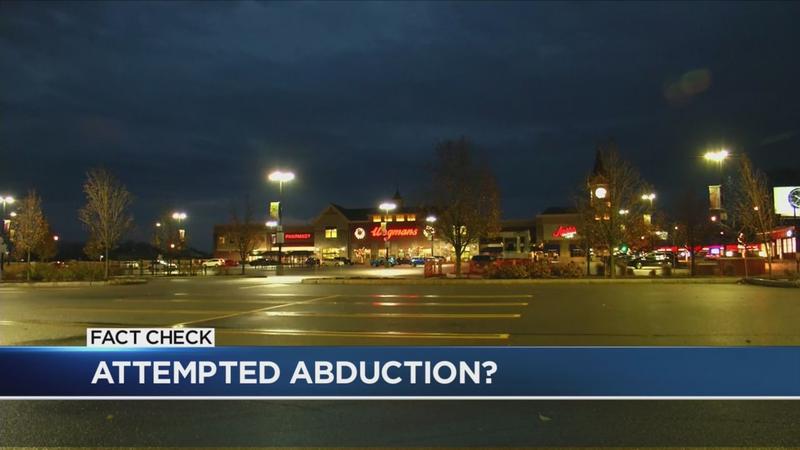