ORCHARD PARK, N.Y. (WHEC) — There’s been a lot of talk about the new Buffalo Bills stadium and the tax dollars helping pay for it. Maybe you’ve seen the claims on social media or heard about it from Republican lawmakers. People are pointing fingers at Gov. Kathy Hochul and her husband who some claim will benefit from the stadium deal.

Is that true? News10NBC’s Nikki Rudd is checking the facts.

It’s been the talk of the town: A $1.4 billion stadium for the Buffalo Bills. With $600 million of it coming from New York State taxpayers, not everyone is happy about it.

Gov. Hochul has faced criticism over it. Some people say it’s a pretty sweet deal for her husband, William Hochul. He was a federal prosecutor for 30 years, but the fact is, now he’s Senior Vice President and General Counsel for Delaware North. That’s the company that operates the concessions at the Buffalo Bills’ Highmark Stadium. 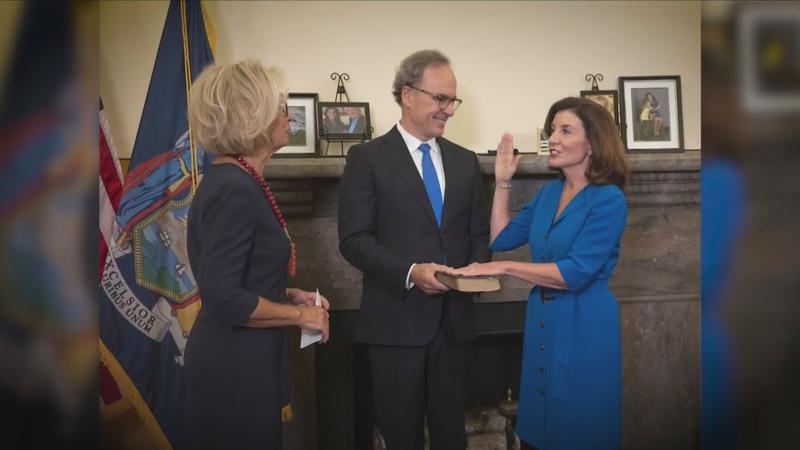 Matt Janiszewki, the Governor’s Upstate Press Secretary, told me Hochul is committed to the strictest ethical standards and restoring trust in government.

He went on to say, "Delaware North is not a party to the negotiations and any future decisions about vendors at the new stadium would be made by the Bills alone."

The governor has also signed a recusal agreement in regards to Delaware North. Click here to see it.

News10NBC also reached out to Delaware North. A spokesperson for the company said it has been proud to serve as the concessions provider for the Bills since 1992 and said Delaware North was not involved in Bills stadium negotiations.

"Delaware North implemented a robust recusal process for Bill Hochul regarding our business in New York-based on the advice of expert outside ethics counsel. Mr. Hochul is recused from all elements of our work in New York," the spokesperson said.

We found out Delaware North’s contract with the stadium runs through the next season, and the team will put the concessions contract out for a competitive bid next year.

"If selected by the Bills as the concessionaire at the future stadium, we would be proud to continue serving Buffalo Bills’ fans and stadium goers," the spokesperson said.

So whether Delaware North and Governor Hochul’s husband will benefit from the new stadium deal is still to be determined.

Gov. Kathy Hochul’s overall job performance rating is down to the worst it’s ever been. Democrats are still positive, 55-42%, although that’s down from 63-33% last month. According to a new Siena College poll out this week—63% of New Yorkers do not approve of the state spending so much money on the new Bills stadium.

"It’s opposed by at least 55% of every demographic group," said Siena College pollster Steven Greenberg. "Interestingly, upstaters are even less approving than downstaters of the stadium deal and are also less supportive of three New York City area casinos."

Let’s go in-depth now to show you a breakdown of the cost.

Again, $600 million in state taxpayer dollars are going toward the construction of the $1.4 billion stadium. Hochul has announced that $418 million of that will come from the Seneca Nation’s gaming settlement. She says the rest will come from income taxes generated by the Buffalo Bills. Another $250 million will come from Erie County taxpayers.

That leaves the Buffalo Bills paying only $550 million. That’s drawn some criticism. Hochul points out it’s a joint public-private agreement to ensure the Buffalo Bills stay in New York for the next 30 years. It’s also the largest construction project in Western New York history. Hochul said it will create 10,000 good-paying union jobs.