Fact Check: Charity, or tax write-offs at check out?

ROCHESTER, N.Y. (WHEC) — This has probably happened to you. You’re at the check-out line at the store, and you’re asked if you want to donate to a charity. You can round up, give a dollar, five dollars or more!

It is the season of giving. A lot of times you feel like you’re put on the spot! You don’t want to look like a cold-hearted Scrooge, right? So you make that donation assuming it’s all going to a reputable charity.

Did you see this meme on social media?

Have you seen this meme floating around social media and wondered if there’s any truth to it? @whec_nrudd is checking the facts on #News10NBC at 11. pic.twitter.com/KqUgrF6d0d

The first quote reads, "Would you like to add an extra dollar to your order to help feed the homeless this holiday season?"

Then the second one: "Would you like to let us con you into helping fund our end-of-year tax write-off so that our company can get good press by looking charitable without dipping into our own profits, much of which is wages stolen from our workers."

Could that be true? News10NBC asked Brighton Securities Chairman George Conboy if there is any validity to that claim. 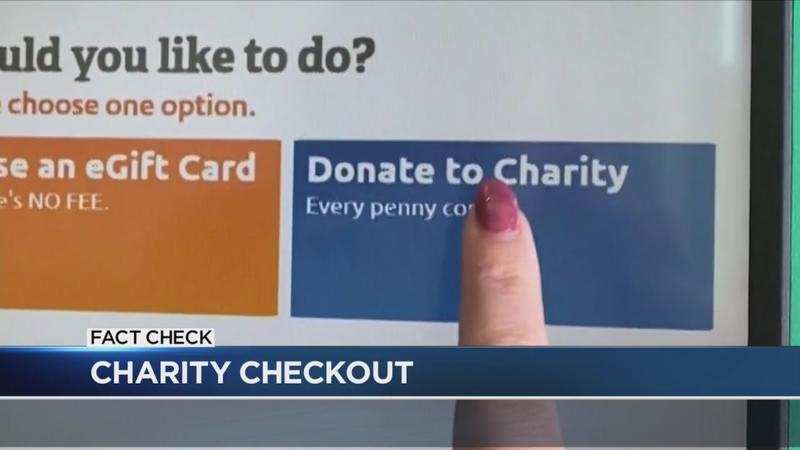 "It’s not really true," Conboy said. "When a store gets some cash from you to forward out as a donation to a charity, they can’t take that as a tax deduction."

However, if a company gives to a charity on its own that would be deductible.

"This is really one of those good stories, which is unless a store is totally scamming its customers and that’s certainly not the case in any situations I’m aware of," Conboy said. "This is a case where they get a donation from you, they forward it on to a worthy recipient."

You may be familiar with Wegmans’ "Check Out Hunger" campaign. It just ended, and they’re still tabulating the final numbers. Last year, $710,000 was raised through the campaign. All that money goes to Foodlink.

"Our customers donate this money each year," said Wegmans Public Relations Specialist Laura Camera. "This is not a Wegmans donation. Therefore, there is nothing to write off. We can’t thank our customers enough for their continued generosity year after year."

So back to the claim that stores ask you to donate to a charity just to write it off on their own end-of-year taxes, that is false.