ROCHESTER, N.Y. (WHEC) — A convicted cop killer—invited to speak at a local college. That’s a claim going around on social media.

But is that really true? That’s tonight’s Fact Check.

Jalil Muntaqim, also known as Anthony Bottom, lives in Brighton. Back in 1971, he killed two New York City Police officers. He was sentenced to 25 years to life in prison. But now he’s out on parole, and next month he’s scheduled to speak at SUNY Brockport.

According to the posting on Brockport’s events calendar, it will be "an intellectual conversation on his time with the Black Panthers and serving nearly 50 years as a political prisoner."

Some people on social media are shocked Muntaqim is being invited to the campus, saying "he murdered two cops in cold blood. He shouldn’t even be free." 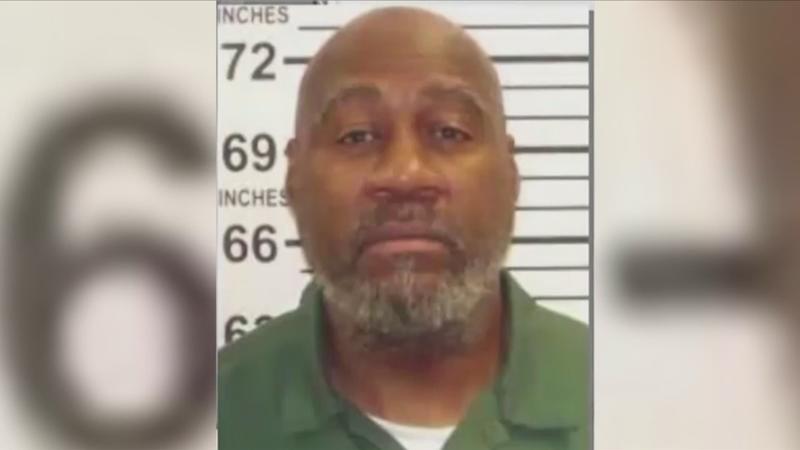 Back when he was released in 2020, the widow of one of the officers killed says she was heartbroken her husband’s killer was set free and blamed then-governor Andrew Cuomo and Albany democrats for a more lenient approach to parole.

I asked SUNY Brockport officials for an on-camera interview about Muntaqim speaking at the college, but was only given this statement:

"SUNY Brockport respects and values the academic freedom of our faculty. This includes their ability to bring speakers to campus. A speaker’s presence on our campus does not necessarily imply endorsement of their views."

So if you saw the claim that SUNY Brockport has invited a convicted cop killer to speak on campus—that—is a fact.

I also reached out to the assistant professor listed as the contact for this event on the SUNY website. He didn’t respond.

However, the Brockport Community was issued an email as follows:

On April 6, Jalil Muntaqim, previously known as Anthony Bottom, will be at the SUNY Brockport campus to deliver a talk entitled, "History of Black Resistance, U.S. Political Prisoners & Genocide: A Conversation with Jalil Muntaqim." He was invited by one of our faculty members who was approved for a Promoting Excellence in Diversity grant.

Mr. Muntaqim joined the Black Panther Party at age 16 and the Black Liberation Army at 18. In 1971, he was convicted in the killing of two New York City Police Officers. He spent nearly 50 years in prison for this crime before being released on parole in 2020.

The College has received strong feedback about this visit. Some are outraged that a man who has been convicted of such crimes was invited onto campus. Others look forward to the opportunity to learn about Mr. Muntaqim’s experiences.

We do not support the violence exhibited in Mr. Muntaqim’s previous crimes, and his presence on campus does not imply endorsement of his views or past actions. However, we believe in freedom of speech. SUNY Brockport has routinely held speaking events involving controversial speakers from various background and viewpoints, and will continue to do so. These conversations are uncomfortable. They are meant to be. They’re about gaining a new perspective.

Mr. Muntaqim’s talk will give those who choose to engage an opportunity to learn about his perspective and what may have contributed to his past experiences. Individuals will have the opportunity to ask difficult questions. They can ask why he chooses to identify as a former political prisoner. They can ask how his life experiences have informed the work he does now. Every individual can decide for themselves what they, personally, should do with that information. Should they just absorb it? Do they want to learn more? Do they wish to reject it?

Thank you for your continued willingness to engage in critical and respectful dialogue.

"This proposed event on SUNY Brockport’s campus is absolutely shameful. Let’s be very clear: Anthony Bottom was not a ‘political prisoner.’ he’s a convicted cop-killer. Calling this an ‘intellectual conversation’ on a taxpayer-funded state campus is intellectually dishonest. It’s an insult."

"The New York City PBA has learned that the notorious cop-killer now named Jalil Muntaqim has been invited to speak at the State University of New York’s Brockport College on April 6 in a taxpayer-funded “conversation” in which – promotional materials indicate – he’ll be depicted as a “U.S. political prisoner,” rather than the bloody assassin that he really is.

"PBA President Patrick J. Lynch said:“SUNY Brockport has a duty to teach its students the truth. This individual is not a hero. He was not a political prisoner. He is an unrepentant murderer who can teach nothing but how to tear our society apart through violence. This lecture must be cancelled and replaced with a better lesson. We humbly suggest studying some of the heroes of the NYPD’s 32nd Precinct – not only Patrolmen Waverly Jones and Joseph Piagentini, but also Police Officers Jason Rivera and Wilbert Mora. These were four young men from diverse backgrounds who sacrificed their own lives to protect their community in times of turmoil. Brockport’s students should follow their example, instead of listening to Muntaqim’s self-serving lies.”

"Rochester Police Locust Club President Michael Mazzeo said: “We stand in support of our brothers and sisters in the NYC PBA, as well as all active and retired police officers who are calling out the false portrayal of an ‘intellectual conversation’ that involves Anthony Bottom which is being hosted by SUNY Brockport. It is clear from own words in his previous blog posts (#30 & 31), that what he told the parole board were just words and nothing more. He was imprisoned for an act of intentional premeditated murder, not for a political view. His conversation at Brockport will be more of the same, blame everyone and everything in the world except his own actions. At a time when Rochester is facing unprecedented levels of violence and loss of life, the last thing we need is another ‘expert’ to further divide our community. While many are working hard to build a better future, we need meaningful answers, not more biased criticisms. The intellectual conversation that should be had is why it was beneficial to our city to approve his residency here with his background and character. We demand that Brockport cancel the event and instead work towards bringing people together for positive change.”

"Fifty-one years ago, when his name was Anthony Bottom, Muntaqim and three Black Liberation Army comrades ambushed two unsuspecting patrolmen – Joseph Piagentini and Waverly Jones – by sneaking up behind them in a Harlem housing project and shooting them both in the back from point-blank range. Jones died immediately but Piagentini had to beg for his life before the killers finished him off.

"An event invitation posted on SUNY Brockport’s website describes Muntaqim as a “loving human being” while neglecting to mention that he is a convicted cop-killer.

"Diane Piagentini, the slain cop’s widow says literature for the event – titled “History of Black Resistance, U.S. Political Prisoners & Genocide: A Conversation With Jalil Muntaqim” – is full of distortions and omissions. She has written to SUNY Brockport’s president, Dr. Heidi Macpherson, and to the event’s sponsor, assistant professor Rafael Outland, pointing out the omissions and demanding cancellation of the event.

“While my husband lay on the ground pleading with them not to kill him, pleading he had a wife and children,” Mrs. Piagentini wrote in the letter to Outland, “Bottom took his (the officer’s) service revolver and emptied it into his body. There were 22 bullet holes in his body…”

"In the letter, Mrs. Piagentini also informed Outland that ‘when asked why he had killed a black officer, Bottom replied, ‘A pig is a pig’ it made no difference to him. He cursed that the white officer would not die.’"

You may recognize the name "Anthony Bottom" from our previous coverage on him back in October of 2020 when he registered to vote in Monroe County. When the Board of Elections was notified, it purged his registration due to his felony conviction.

Since then, state election law has been amended to allow convicted felons on parole to re-register to vote once they’re released, which happened for Bottom back on Dec. 28, 2021, so he is now eligible to vote.