Fact Check: DOH rules criticized for being too similar to ‘COVID camp bill’

ROCHESTER, N.Y. (WHEC) — News10NBC has a Fact Check follow-up. This one involves the New York State Department of Health (DOH) and quarantine camps. Nikki Rudd has done multiple stories on this topic.

RELATED: Fact Check: Is a bill that could lead to COVID ‘concentration camps’ up for a vote?

This week, the DOH approved the re-adoption of emergency regulations that will allow the state and its health officials to quarantine someone if they’re deemed a public threat. The main question: Where?

"They’re talking about putting people that are at risk, and that have a communicable disease in a location and undescribed location," explained Assemblywoman Jodi Giglio (R, 2) in front of the State Capitol in Albany.

Ever since the DOH emergency regulations came out some people in the community have questioned if it gives the state power to create COVID camps. 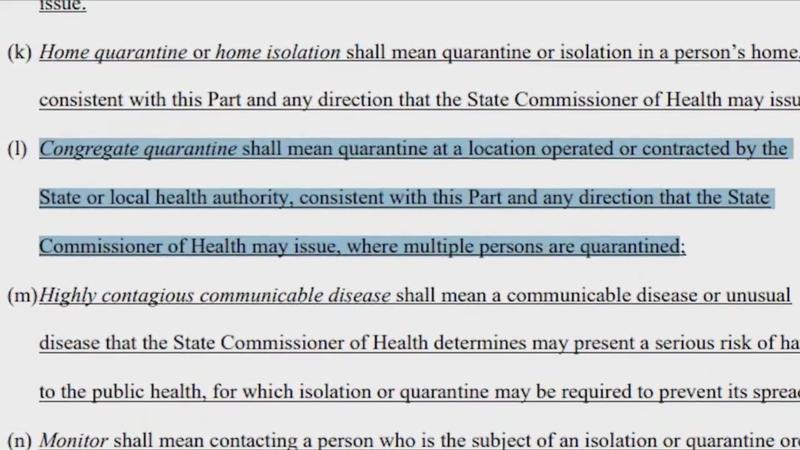 "During the pandemic, we saw the absolute breakdown of the separation of powers here in New York State," said New York Sen. George Borrello (R, 57).

Not only did people have a problem with the language in the regulations, Republicans stood up saying Gov. Kathy Hochul and the DOH overstepped their bounds.

"This should have been taken up by the legislature with a bill to be discussed and debated," Borrello said. "Back in 2020, March 2020, the legislature voted to give our former Governor emergency powers and now here we are two years later, and we are still fighting to restore the checks and balances that need to be restored here in state government."

Now a group of Republicans filed a lawsuit in State Supreme Court.

"Think of the absurdity of what we’re talking about," said Assemblyman Mike Lawler (R, 97). "Those who commit violent crimes are being released without bail. Those who may be sick would be forcibly taken from their homes and quarantined under this regulation. Commit a violent offense, walk free on the street. Have a health issue, be quarantined at a detention facility under government control. It’s absurd."

Giglio went before the Public Health and Health Planning Council with some questions.

"I had to ask the question of the health council if that included camps? Are they planning on putting everybody that they think is a health risk into camps? I did not get an answer to my question," Giglio said.

But News10NBC did get an answer from the DOH. A spokesperson told us the definition of "congregate quarantine" was removed from the regulation because it has caused confusion.

That doesn’t sit well with these Republicans and their attorney.

"The people of New York can’t have their voices heard if an agency is passing a law," said attorney Bobbie Anne Flower-Cox. "So we have to stop that. We have to ask the court to put the executive branch back into its lane and let the legislature speak."

Click here to read the DOH’s emergency regulation for yourself.