ROCHESTER, N.Y. (WHEC) — "Building a better America". You heard that a lot with the Infrastructure Investment and Jobs Act (IIJA).

President Joe Biden said the $1.2 trillion bill is a once-in-a-generation investment in our nation’s infrastructure, but how much of that money is actually going to highways, roads and bridges?

One viewer heard it’s only 9% and wanted to know if that’s true. News10NBC’s Nikki Rudd has a fact check.

"It’s time to rebuild the backbone of this nation," President Biden said back in November 2021. "When you see these projects start in your hometown, I want you to feel what I feel. Pride. Pride in what we can do together."

Two and a half months have gone by since the IIJA was signed into law. The bipartisan bill was touted as a historic opportunity to rebuild America’s roads, bridges and rails. 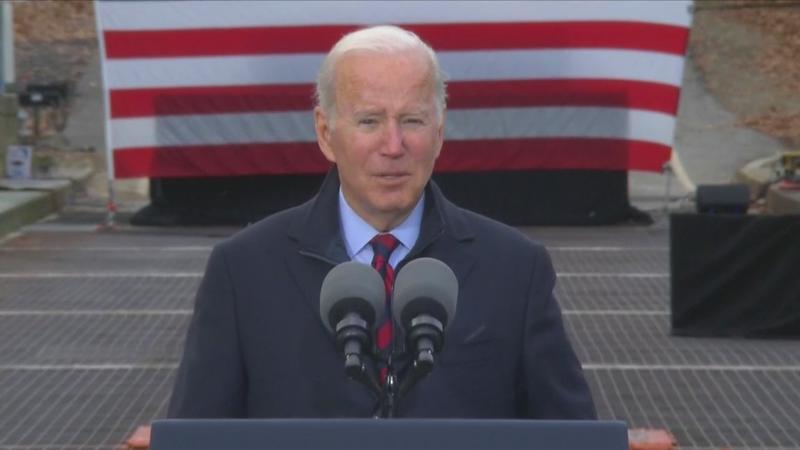 "This is on par with New Deal era levels of spending we just haven’t seen in close to a century," said Joe Kane.

Kane is a Fellow with the Brookings Institution. It’s a nonprofit public policy organization that does in-depth research on all sorts of things, including the Infrastructure Bill.

"So I’ve been looking at this for months," Kane said.

I asked Kane about the claim that only 9% of the IIJA funding will actually go towards highways, roads and bridges.

"I would just say 9%, it’s definitely low," Kane said. "I would argue it’s closer to a third or even 40% of the total packages on highways alone, and that’s not including pipes and other types of physical infrastructure."

Here’s a breakdown of the numbers. Kane says $226 billion is explicitly focused on highways and roads. He estimates $361 billion for all transportation, including bridges.

"That’s huge. That’s still $361 billion of the package," Kane said. "So we’re talking more than a third of the package is just on highways, roads and bridges."

That does not include the money for airports, passenger and freight rail, water infrastructure like pipes or improving broadband access.

"There’s so many different systems bundled into this," Kane explained.

So when it comes to the claim that only 9% of the Infrastructure Bill will be used for actual roads and bridges that is false.

Of course, this funding doesn’t come down from the federal government to the state and local level all at once.

Click here to read a detailed breakdown of the bill released this week by the White House.