ROCHESTER, N.Y. (WHEC) — Have you filled up at the gas station lately? One man claims he was capped at $50 worth of gas at a local Delta Sonic. That had him wondering if companies are rationing gas.

The man says it happened to him at the Delta Sonic on Empire Boulevard in Penfield. With gas prices around $3.50 per gallon it doesn’t take much to reach $50. Just over 14 gallons gets you there.

When I asked why Chicone responded, "It is a short term solution to an internal issue. We hope to have it worked out soon. It is only affecting Visa Pin debit users." 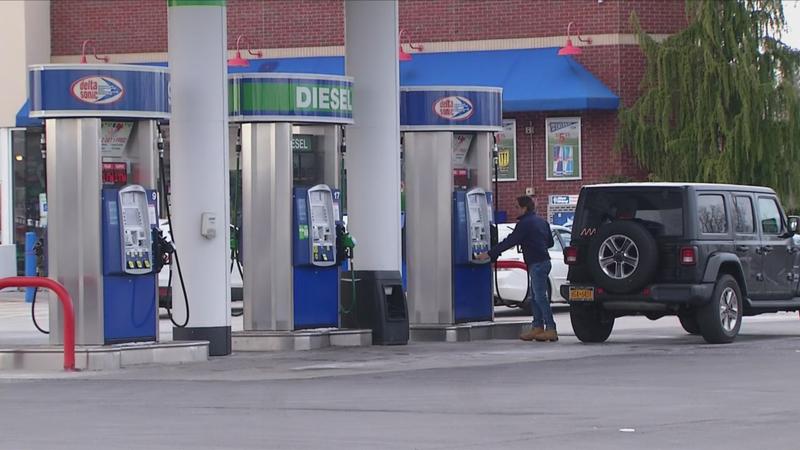 So what about this whole gas rationing claim? News10NBC went to Patrick De Haan from GasBuddy for answers.

"It’s not really true," De Haan said. "There’s always a limitation on purchases, especially using credit cards. That is credit cards and issuing banks only allow you to put certain dollar amounts in every transaction. Of course, with gas prices relatively high, it’s much easier to meet those limits."

De Haan said while there may be an issue impacting Delta Sonic customers it’s not uncommon to have transaction limits. Oftentimes, he says, this is to protect against fraud.

He added there is plenty of fuel out there, and rationing gas in the United States hasn’t happened for decades.

"We have not seen widespread gas rationing in a long time, and I don’t expect that to return anytime soon," De Haan said.

How about some good news? Oil prices plummeted Monday. De Haan said we should see gas prices continue to go down through the end of the year.