ROCHESTER, N.Y. (WHEC)— You’ve heard about bear sightings around town, but what about bobcats or mountain lions? There are pictures circulating on social media of some pretty big cats. What exactly are they? News10NBC’s Nikki Rudd has a fact check.

One photo we found online was taken in Parma. The man who took the picture, Donnie Kessler, believes it’s a mountain lion.

"Yep, that’s the window," Kessler said. "Like I said, the cat was standing right here."

He was pointing to the front of his home.

"I saw what I thought was a large house cat. Then after I cleared my eyes and got a better look at it, it was way too big to be a house cat," said Kessler. 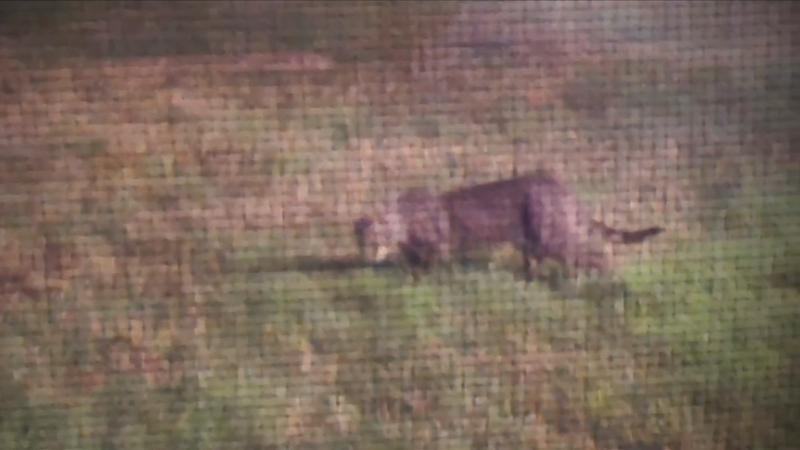 "What do you think that was?" asked Rudd.

"I don’t know," Donnie said. "I did some research on the internet, and at first I thought it was a bobcat."

He quickly learned bobcats don’t have long tails. The animal he saw had a long tail.

The New York State Department of Environment Conservation says a picture posted online from Chili does appear to be a bobcat. It was caught on camera in Chili last November.

Jomo Miller with the DEC says bobcats have a short tail and a boxier overall body shape.

"There is spotting visible throughout the fur with some stripes visible on the inner legs, which is typical coloration for bobcats. The short dark tipped tail is also characteristic of bobcats," Miller said.

News10NBC found out bobcats are becoming more numerous in Monroe County, and the DEC receives several reports of them each year.

So what was the animal Kessler saw?

"The muscle definition in the cat’s face and in the legs and on the shoulders was kind of freaky to look at," Kessler said. "I asked around did some research, and the most likely thing is some form of a mountain lion."

A mountain lion? Could it be? There have been rumors the DEC released mountain lions or cougars in our area to control the deer population. Miller says there is no truth to that rumor.

There have even been other pictures posted online, but the DEC says the photos – are not from New York. Miller says while they get regular reports of them, there’s no documented evidence mountain lions exist in the state.

"I heard there were rumors too about the mountain lions being released, and I never really believed it. But now seeing this, I think there’s something else in the woods," Kessler said.

"The cat appears to be walking across a lawn, and its belly is barely above the grass, indicating that it is rather small compared to either a bobcat or a cougar," said Miller. "In addition, it clearly has dark stripes on its tail which is fairly thin compared to the hind leg, which also appears to have stripes. Overall this cat appears to be a common striped tabby."

So if you thought it was a mountain lion, the DEC says that is false.

The DEC says cougars or mountain lions are large muscular cats. They would have a body close to the size of an average deer. Cougar fur is usually an even brown/tan color without any stripes. The tail would be long and thick appearing nearly as thick as the lower legs, and an even tan color with maybe a gradual darkening toward the tip. There would be no obvious stripes on the tail.

For reference, the DEC says mountain lions average 140 lbs. and are five to nine feet long (including the tail). Bobcats are about 20-25 lbs. and about 2.5 to three feet long.

The only wild cougar documented to have occurred in New York in the last several decades was the one that was detected near Lake George in 2011, that had originated in South Dakota and traveled through Minnesota, Wisconsin, Michigan, and Ontario before moving down through New York and eventually making its way into Connecticut where it was hit by a car and killed.

If you have a photo or video of an animal, track, or scat you’re encouraged to send it to your regional DEC wildlife office. Here’s the email for our region: region8@dec.ny.gov