ROCHESTER, N.Y. (WHEC)— Team USA has been racking up the medals at the Olympics in Tokyo! Have you heard the medals are made from recycled phones? Is that true? News10NBC’s Nikki Rudd did a Fact Check.

If it’s true, you’d need millions of cell phones to make all the Olympic medals for the summer games.

Here’s a breakdown: You’d need about 70 pounds of gold, more than 7,700 pounds of silver, and 4,850 pounds of bronze. To make that happen, millions of cell phones would be needed.

Guess what? That’s exactly what they did, and it took years. 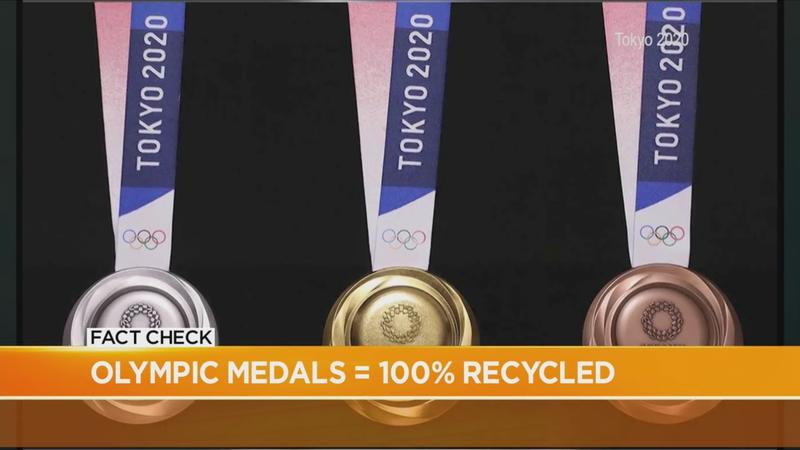 In all, 5,000 medals were made. If you’re wondering why more gold wasn’t needed, that’s because those gold medals are silver with a thin layer of gold on top.

Let’s hope Team USA gets some more of them now through Sunday!