ROCHESTER, N.Y. (WHEC)—New York State wants to crack down on speeders, but did you hear the state plans to catch you with speed cameras? Is that true?

Governor Kathy Hochul just signed some new laws this week. One of them will start a program to look into automatic speed enforcement technology. It was announced on Labor Day.

It’s a bill sponsored by State Senator Tim Kennedy out of Buffalo. Click here to read the legislation.

The law will establish a pilot program for speed cameras in work zones. The goal is to get people to slow down in areas under construction.

According to data from the New York State Department of Transportation, from 2010-2016 there were 3,450 accidents in work zones on NYS highways that resulted in 50 fatalities and over 1,100 injuries to motorists and workers. 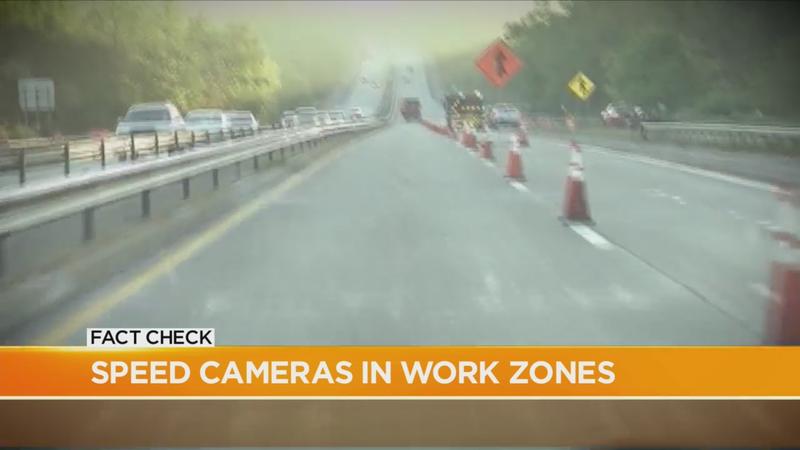 According to the World Health Organization, for every increase in speed of six miles per hour, the likelihood of an accident involving injury increases by 20%.

The bill states, "Stronger enforcement of speeding in work zones has the potential to significantly reduce both the incidence of motorist and worker fatalities while training better overall motorist behavior."

During Monday’s press conference Governor Hochul talked about the dedication of a memorial in Syracuse.

"I had a chance to hug the widow of a man whose husband was doing nothing but his job on the highway, working for the DOT and another for the Thruway Authority out there, putting out the flags, making it safe for motorists, and their lives were wiped out like this because of an accident," Hochul said. "We celebrate them at a memorial, but we celebrate them every day by passing this legislation."

New York City already has speed cameras in school zones. They photograph speeding vehicles during certain times. If you’re caught speeding you get a $50 fine.

Now the state is studying if this same type of technology can be used in work zones.

Back to our claim that New York plans to catch you speeding with cameras, that is to be determined. It all depends on what happens with this pilot program.

You may remember Rochester had red light cameras from 2010 to 2016. Mayor Lovely Warren ended the program saying too many tickets were being issued in the city’s poorest neighborhoods.