Fact Check: Things that go ‘screech’ in the night

CHILI, N.Y. (WHEC) — You hear a sound in the middle of the night, and it’s terrifying. A man in North Chili posted a Ring video with the sound on social media, and there are a lot of claims on what’s making the noise.

A man named Harris shared the Ring security camera video on Nextdoor. He said he was really confused and asked his neighbors what they thought it could be.

Kevin said, "It’s a big cat. We do get bobcats around here."

Colleen wrote, "That is what’s called a fisher."

Sandy weighed in saying, "I believe it’s a barn owl." 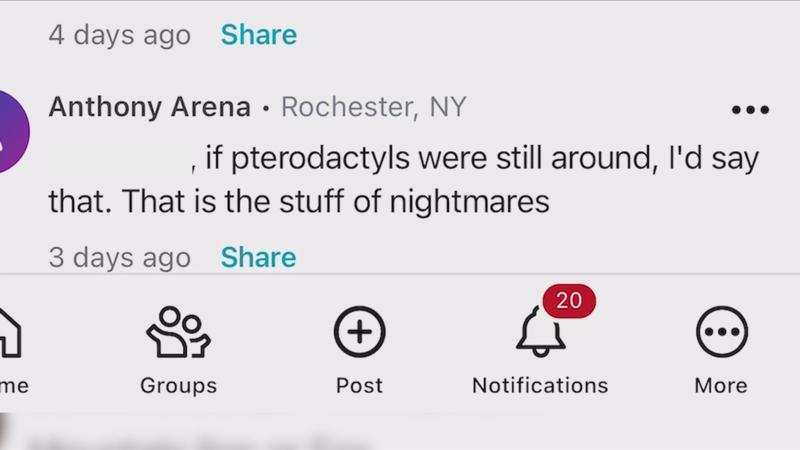 Anthony said, "If pterodactyls were still around, I’d say that. That is the stuff of nightmares."

For this one, News10NBC went to the experts!

"It’s definitely something that if you don’t know what it is, it’s gonna catch your attention," said Mike Wasilco.

"So what is it?" asked Nikki Rudd.

"It is a red fox. It’s one of the sounds they make. They’re going into mating seasons, establishing territories," explained Wasilco.

That’s some mating call! Wasilco said it could also be warning other foxes about an intruder coming into their territory, and he’s not surprised at some of the guesses of what it could be.

"You might even think it’s like, a some sort of owl-type noise, or possibly somebody screaming in the distance type thing," Wasilco said.

He said red fox don’t cause a lot of problems, except in this case scaring people all over the neighborhood!

So if you thought this was a red fox, Wasilco says that is a fact.

If you are concerned about foxes in your neighborhood remove anything that might be attracting them like a source of food. If you feed your pets outside bring them in at night.