Falcons get bands and names

ROCHESTER, N.Y. (WHEC) – Members of the state DEC came this morning to band Nova and Neander’s three babies. The bands provide researchers with data on the falcons.

The young falcons were also given names. They are: Zara, Blaze, and Kanfai Malachim. The falcons hatched last month and you can see how much they’ve grown since then.

Peregrine Falcons are on New York State’s list of endangered species. This population started declining after the 1940s because of exposure to the pesticide DDT, which caused eggshells to thin and crack. The Department of Environmental Conservation has run a longtime program to preserve falcon nesting sites and led other initiatives to restore their population. 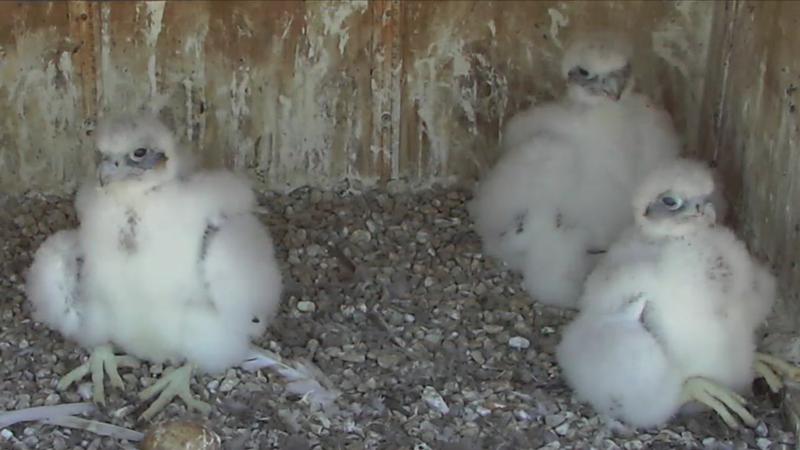