Family of Daniel Prude suing over death after RPD arrest

Both men announced their retirements Tuesday.

Daniel Prude was not breathing and had no pulse after he was restrained and handcuffed by officers. He died seven days later in the hospital after being taken off life support.

The Medical Examiner ruled his death a homicide and said Prude died from complications of asphyxia due to physical restraint, excited delirium and PCP. 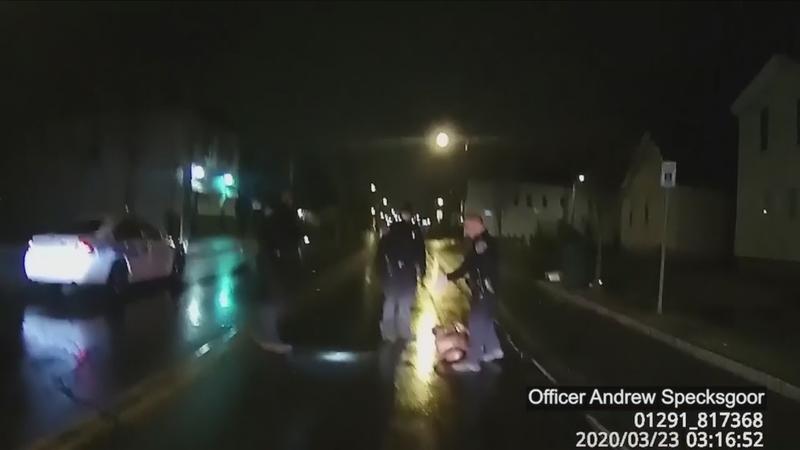 Body camera footage from March 23, when Prude was arrested.[News10NBC]

The suit argues that the officers who arrested Prude used physical, deadly force and argues that Prude was not a threat.

The suit alleges the department violated its own policies, and that the Major Crimes Unit’s conclusion that, “the officers’ actions and conduct displayed when dealing with Prude appear to be appropriate and consistent with their training,” was part of a “cover-up” and calls the police actions “deliberate indifference.”

It also includes a list of incidents with RPD from 2013, 2015 and 2018 and documents two arrests since the death of Daniel Prude.

The family is suing for compensatory and punitive damages and asking for a federal monitor to be appointed to investigate incidents where RPD officers use force and discipline them if deemed necessary.

A statement from Elliot Shields, the family’s lawyer, says Chief La’Ron Singletary’s resignation and that of several other RPD leaders was "a good first step."

"These resignations are a good first step.

But the RPD’s official final written determination of the department’s internal investigation is contained in a report dated April 27, 2020, which stated that, after reviewing the body worn camera recordings and interviewing the involved officers, “the officers’ actions and conduct displayed when dealing with Prude appear to be appropriate and consistent with their training.”

"We need everybody to go. We need the department to go, top to bottom," Shields said. "We need it to be defunded and we need it to be replaced with something that actually protects the community. We need a whole different model because, for years, it’s laid out in the lawsuit, the Rochester Police Department has harmed our community and used unnecessary and excessive force against our citizens, and only a new model, only a new system can change that."

One Rochester resident says he hopes things will get better.

Berkeley Brean: "Do you think with the chief and the command staff of the RPD change anything now?"

Larry Jones: "I would just like to see things get better. Just the way the system has been set up… people are tired."