Family of eight displaced after fire in Churchville

CHURCHVILLE, N.Y. (WHEC) — A Churchville family is thanking a community that came through after a devastating house fire.

Nobody was hurt when the flames hit last week, but a friend had to save one of their pets. The family friend, Ronda Skelton, is a retired EMT. She tells News10NBC’s Stephanie Duprey that she picked up the dog and walked across the street, helping the Churchville Volunteer Fire Department give it CPR.

"I had tunnel vision, I’m a big animal lover. The oxygen really helped her, getting the oxygen and doing the compressions that’s what brought her back," Skelton said.

Wednesday night a fire tore through a home in Churchville on Stoney Point Road that displaced a family of eight. Pamela Gaffney, the mother, says she was out doing an errand when she got the call.

“When I got here I saw wall-to-wall fire trucks, medical people and all kinds of police officers,” Pamela said. 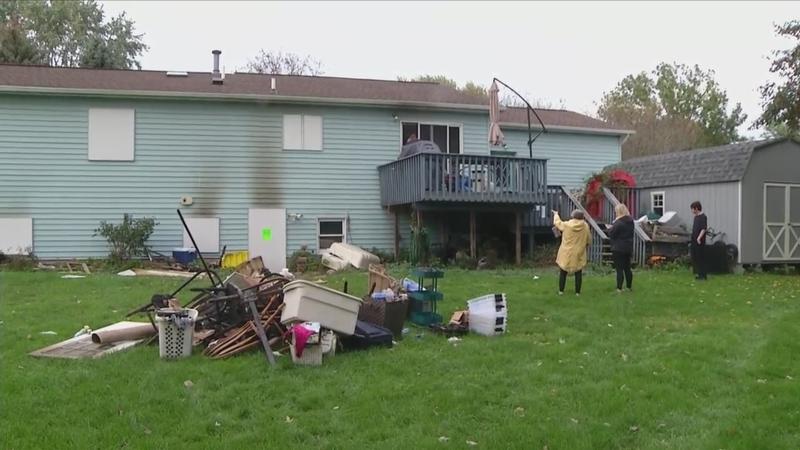 A Churchville family of eight lost their house to a fire. [News10NBC]

"I mean, we’re constantly running in to get little things, things you don’t realize you need and you lost. We lost everything,” Timothy Gaffney said.

There were only two people home at the time of the fire – the family’s grandmother and one of Pamela’s sons who has autism. He described how he smelt smoke and how he jumped into action.

"I went to Nana and said there’s a fire, so I got Nana and went out the back door,” 15-year-old Johnathan Raplee said.

The mother says the support from the community has been overwhelming.

“We can’t stress enough all the outpouring phone calls, food, and other donations," Pamela said.

The family lost two other dogs and a cat. According to the family, the fire department says the cause was electrical and started in the basement.