Tuesday night, the family gathered with members of Free The People Roc outside the Public Safety Building to say one thing: The body-worn camera video released by police doesn’t match the police narrative that was explained to them. His uncle, Lynden Gordon, shared what he saw.

"After the footage I’ve seen, he was gunned down. It wasn’t a robbery. It wasn’t an exchange of fire. It wasn’t a shootout. It was a complete, and total murder." Lynden said.

Simran’s cousin, Antonia Wynter, said Simran had a cast on one hand, which she says was visible in the video. She also says the only shooting she saw came from the police. 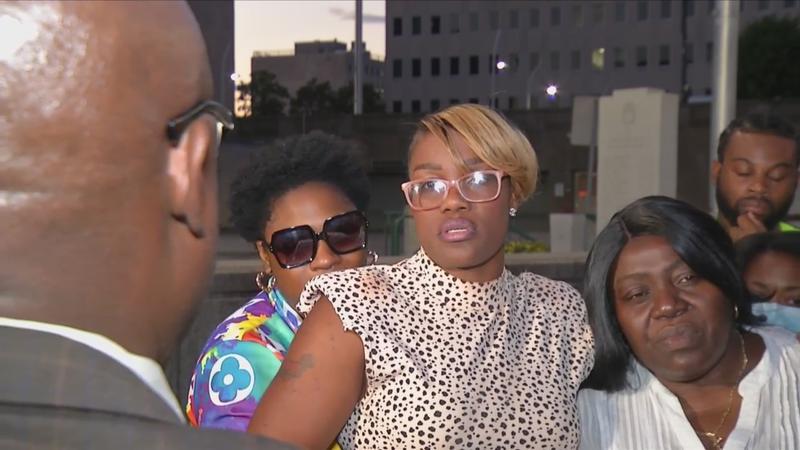 "There was never any return fire, and there was never a gun," Wynter said. "They presented pictures of a gun, and I asked them if there was forensics. There’s no forensics that linked the bullets that they found in the store to the gun that they claim that was found on this individual’s body."

While holding Simran’s son in his arms, Lynden said the family still hasn’t been allowed to see Simran’s body.

"Where is the love, and care for what we’re going through? How is that possible. How that not happened yet?" Lynden said.

Free The People Roc joined the family in asking RPD to release the full unredacted video, blue light footage and video captured by cameras inside the Family Dollar store.

"The officers who murdered Simran must be fired immediately. Detective Dennis Gonzalez from the Attorney General’s Office must be removed from the investigation immediately," said Free The People Roc’s Shaquanna Herbert.

Tuesday night, Rochester City Council Members hosted their October Speak To The Council, taking comments from the public, but offering no response to the body camera video during their meeting.

Rochester resident Dianne Stengel said to the Council, "The bodycam footage just now being released blurs the entire body of Simran during the pursuit unnecessarily so that we can’t tell if he shot at all. Why do you wonder, then, why the public doesn’t want to talk with RPD?"

"Today, the City Council viewed the body worn camera footage from the October 6 attempted armed robbery at the Family Dollar on West Main Street. We would like to start by offering our condolences to the family members and loved ones of the deceased, Simran S. Gordon. Chair of Public Safety and the Roc Against Gun Violence Coalition, President Lightfoot said, “I will continue to pray and work toward a Rochester where our citizens do not resort to such violent acts, and where no lives are lost as a result of gun violence.”

"Nevertheless, the officers involved in this incident upheld their duty to protect innocent bystanders and kept the customers and employees safe from harm, and we must commend them for that. The bravery of the staff who called 911 and the heroic acts of the responding officers saved any additional lives from being lost. We encourage anyone impacted by the trauma of this incident to seek support by calling 211, or by talking to a trusted family member, loved one, or professional.

"While we often focus on the complexity of police-community relations and the need for reform in our public safety system, we also need to acknowledge the difficult nature of a police officer’s job and their willingness to step into the line of fire to protect citizens."