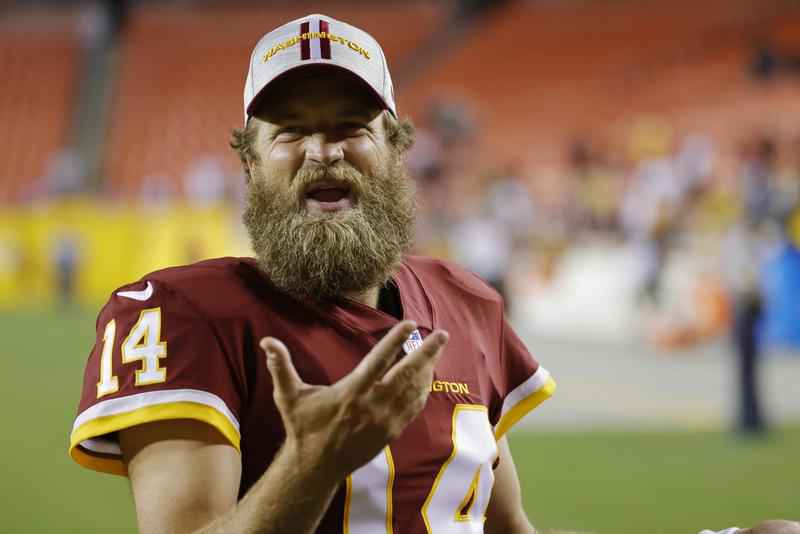 Although Fitzpatrick hasn’t made a formal announcement, he texted teammates a message with a very long list of names of players he’s played with, inclulding former Bills teammate Fred Jackson, along with the words, “Forever grateful for the magical ride.”

Congrats on a Helluva career, Fitzy!! Loved sharing the field with you!! The gratitude is all mine!! #BillsMafia #fitzmagic pic.twitter.com/s7n4DsiLJ7

Fitzpatrick started games at quarterback for a remarkable nine different NFL teams: 53 starts for the Bills, 27 for the Jets, 20 for the Dolphins, 12 for the Bengals, 12 for the Texans, 10 for the Buccaneers, nine for the Titans, three for the Rams and one for Washington.

The 39-year-old Fitzpatrick ends his NFL career with 34,990 passing yards, 223 touchdowns and 169 interceptions.

We’ll miss the many faces of Fitz ?? pic.twitter.com/k8Jdqvm5IV