ROCHESTER, N.Y. (WHEC) — The FBI is now involved in a COVID testing site we’ve been investigating for two weeks. The FBI search happened in Chicago where the owners live.

The local site is temporarily closed but News10NBC was there when people showed up for a test on Monday.

They were desperate for a test and lured by the sign that said: "free." That sign is gone now and we broke it to them that the place is still closed.

Yeslem Obadi took his brother to get tested here on Mount Hope Avenue only to be told by me that the Center for COVID Control isn’t open.

"This is like the second time I’ve come and they’re closed," he said. 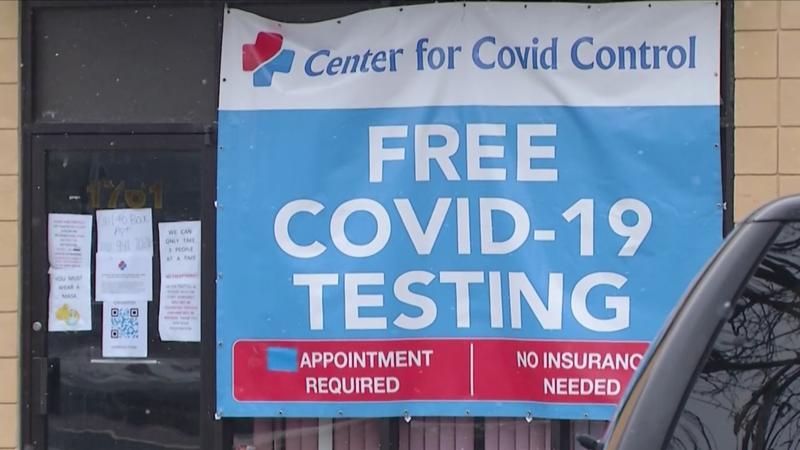 Edwin Aponte came here to get his daughter tested so she could go home to Puerto Rico.

Brean: "The FBI raided the office raided their office in Chicago on the weekend."

The center is based in Chicago.

The FBI told me "the FBI was conducting court-authorized law enforcement activity in Rolling Meadows" a neighborhood on the north side of Chicago.

NBC News reports the center’s lab billed the federal government for more than $122 million for testing. Until Monday, the sign at the storefront on Mt. Hope Avenue promised free tests.

The leasing agent for the property told me the Center for COVID Control is on a month-to-month lease and the rent is paid up.

Inside, there are two desks and a couple of chairs.

NBC News says a federal inspection of the center found tests that were read too late and tests with no patient names.

We told you stories from customers who waited two and a half weeks for test results or got no results at all.

The Center for COVID Control told NBC News, "We are working closely with authorities to provide information and shed light on the operational challenges (the Center) experienced at the height of the Omicron surge."

"I mean it took a while for the results to come," Obadi said. "They did (the test) quick, faster than I expected, but the results took a very long time."

The New York Attorney General does not confirm or deny an investigation but the office told me, if you have a complaint, file it with them.