ROCHESTER, N.Y. (WHEC) – The US Marshals Task Force arrested a Rochester man on Thursday after he was found in possession of a loaded handgun.

Jesus Santiago, 32, who was wanted on a Federal Violation of Supervised Release, was arrested at a residence on Glide Street.

A search of the residence known to Santiago was conducted by US Federal Probation, and as a result of that search, a loaded magazine and handgun with a round in the chamber were found.

Santiago is currently serving supervised release as a part of his sentence from a 2019 federal conviction of a felon in possession of a firearm.

Santiago was taken to Monroe County Jail and was arraigned in court on Friday. 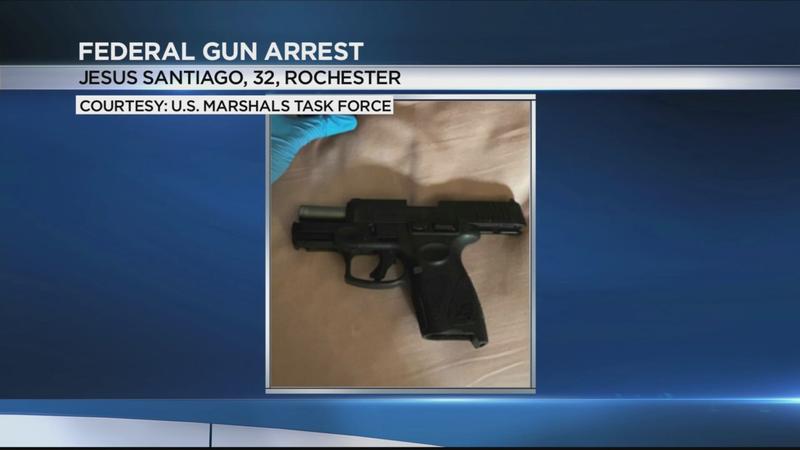