First Alert In-Depth: Beyond the 10 day 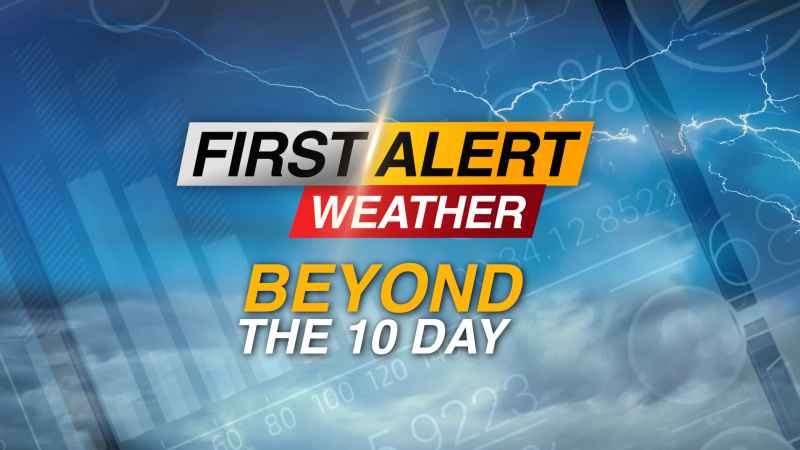 ROCHESTER, N.Y. (WHEC) – It is Wednesday January 26th, which means it is time for another update to “Beyond the 10 Day.”

Across the United States right now we have an upper level ridge out west and a digging trough over the east. This current pattern will remain in place through the rest of the month until things change next week. Zooming further out, we have the lobe of the Polar Vortex remaining over the Hudson Bay in Canada and ridging over the Atlantic. These two pieces will be important to track over the next week as they will dictate our pattern shift moving forward.

Believe it or not the East Coast low, that will bring impacts along the immediate coastline, will help kick start the change. A large source of energy will be forced southward from Canada and merge with a stream of energy from the south. These two pieces of energy will phase off the East Coast, and although we will not see impacts from this storm locally this will shake the weather pattern up by moving the weather train along.

After that area of low pressure swings through, the piece of the Polar Vortex that has been stuck over the Hudson Bay will lose its grip and begin to slide east. This will cause ridging to move in over the Eastern US, and troughing to dip in across the Western US effectively flipping the pattern across the Lower 48 by the middle of next week. Through the rest of the month, we are expecting temperatures to remain below average before a stretch of milder weather moves in as we begin February.

Even with the cold in place over the next several days, no big winter weather is expected. Our next period of time to watch will come as our pattern shifts. This will be next Wednesday/Thursday (Feb 3/Feb 4). Models are signaling an area of low pressure cutting through the Great Lakes, and the jet stream dynamics do verify this. Although we are likely on the warmer side of things with this storm, models have shown a strong cold front associated with this system and a surge of cold air on the backside. This will be watched as track and strength will determine how gusty we can get locally. After this front passes by we may get a brief period of lake effect on the backside, but no significant snow is expected.

After the cold front, models become a big foggy. Towards next weekend models are showing a cooler pattern beginning to develop across the Central and Eastern US. Models are signaling a ridge pushing back over the Western US and another lobe of the Polar Vortex settling back over the Hudson Bay. This look will once again favor cooler weather locally, but there is a lot of uncertainty with what models are showing. This is because teleconnections are generally disagreeing with the output. Most oscillations will remain near their neutral phase, which means they won’t have a large control on the overall weather pattern. The MJO will remain neutral until it tries to move into phase 4 towards the middle of February.

Phase 4 is a milder look for the Eastern US, however there is opposition. The opposing thought is due to the Polar Vortex. After becoming a consolidated circulation early next week, models are showing signs of it become stretched towards next weekend. This will increase the chances that arctic air makes its way towards the mid-latitudes and somewhere across the US.

A lot to be ironed out after the 10 day time period, but winter is not over locally even after the mild spell next week. Our next update will come Sunday January 30th, and hopefully by then the grudge match on numerical modeling settles down.

Below average through the rest of January before turning milder to start February, and then going back to cold next weekend and into the following week.

Above average the next two weeks.

February 7th-February 8th: watching to see how the pattern settled behind next week’s cold front. Potential for low pressure to move along the East Coast. Rain & snow possible.