ROCHESTER, N.Y. (WHEC) – It is hard to believe that we are already talking about the upcoming hurricane season.

The hurricane season runs from June 1st through November 30th.

This is a prediction that is put out by the National Hurricane Center, which is a division of NOAA (National Oceanic and Atmospheric Administration), and they are predicting an above the average season. It is interesting to note that this will be the seventh consecutive year with an above-average season.

So what are we talking about in terms of the numbers?

When it comes to named storms, with winds over 39 mph, NOAA expects 14 to 19 of these storms. Hurricanes that have winds of 74 mph or greater are expected anywhere from 6 to 10 of these hurricanes. And then we get to the most destructive storm, which is a major hurricane with a category three or higher. They project 3 to 6 of those particular storm systems this season. 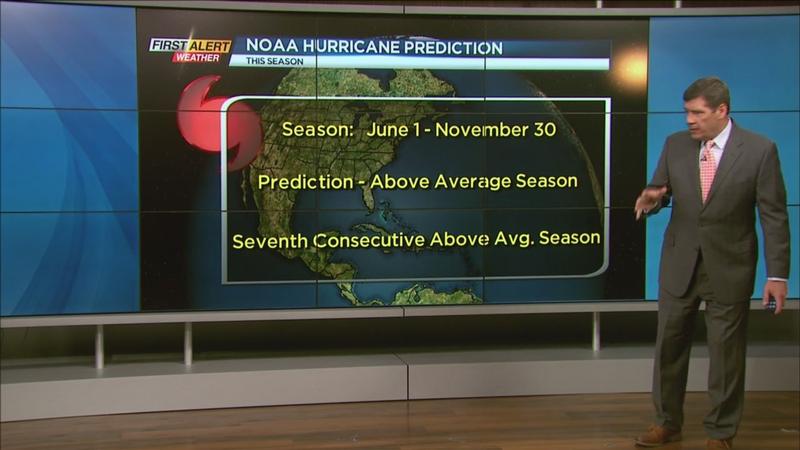 In terms of the timeline of the storms, we have a little way to go before we reach the heart of the season. It is still very early in the season and it is usually not until late summer or early fall that the numbers are really starting to increase.

The names on these storm systems go in alphabet order. Now it may not sound too threatening, but if we get the name Shary or Virginie we know it has been a busy hurricane season.

And they have some new technology to use this season. It is called a saildrone. This is an unmanned vehicle that will sail directly into the hurricane and give us tremendous amounts of data over a long period of time.

New technology is pretty cool when it comes to weather!