CONESUS LAKE, N.Y. (WHEC) – It’s not what you want to hear on these warm summer days. Blue-green algae is back in the Finger Lakes.

For Paul Russell a walk-in Vitale Park with his dog Sydney is a common occurrence and seeing the algae pop up doesn’t really bother them.

“I was thinking the other day that it doesn’t seem as bad as I’ve seen it before,” Paul said.

The Livingston County Health Department warns those who spend the summer out on Conesus Lake to be aware of the thousands of different algae that could create toxins. 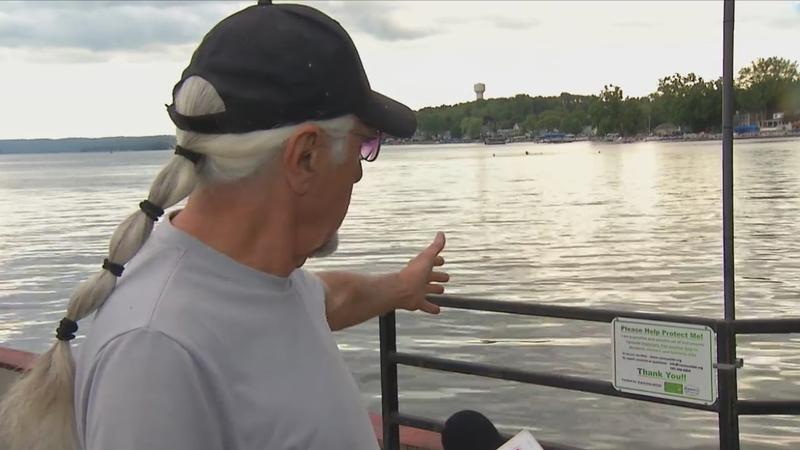 “And if there are visible algal blooms that they should definitely stay out of the water and sometimes, even if they’re not visible, they can still be there and be harmful.” Director of Environmental Health at Livingston County Department of Health Mark Grove said.

“If you come in contact with the blue-green algae you are urged to wash with soap and water as soon as possible and it can be harmful if ingested by people or pets."

Paul said while he’s not afraid to get in the water to swim or fish at this time and he still takes precautions.

“If you see, you know, I grew up on Lake Ontario and so I was used to paying attention,” Paul said. “And if I see that there’s a situation that looks, you know, undesirable, I just stay away.”

Grove said the public water supply is safe for drinking and if you think you have been exposed to reach out to the Livingston County Health Department.