First round of subpoenas issued in investigation of Ontario County Sheriff

VICTOR, N.Y. (WHEC)— The first round of subpoenas have been issued as a part of the latest investigation into accusations of inappropriate conduct against Ontario County Sheriff Kevin Henderson.

As we’ve previously reported, the committee is looking into accusations Henderson made comments of a sexual nature in front of staff and that he did not discipline command staff when inappropriate comments were made in front of him.

Last week, the police union representing deputies in the county said it put forward of vote of no confidence in the sheriff, calling the culture in his office "toxic."

Henderson initially said he would not resign following what he says was a push to do so from Board Chair Jack Marren. He said he was threatened with retaliation if he did not resign, and instead called upon the Board of Supervisors to meet with him.

Ontario County Committee looking into @OCSOhenderson has issued its first round of subpoenas. @news10nbc

Just a few days after the union’s no vote, the supervisors reported Henderson’s attorney confirmed he would indeed resign, but the committee’s outside counsel has not received a copy of Henderson’s resignation letter. 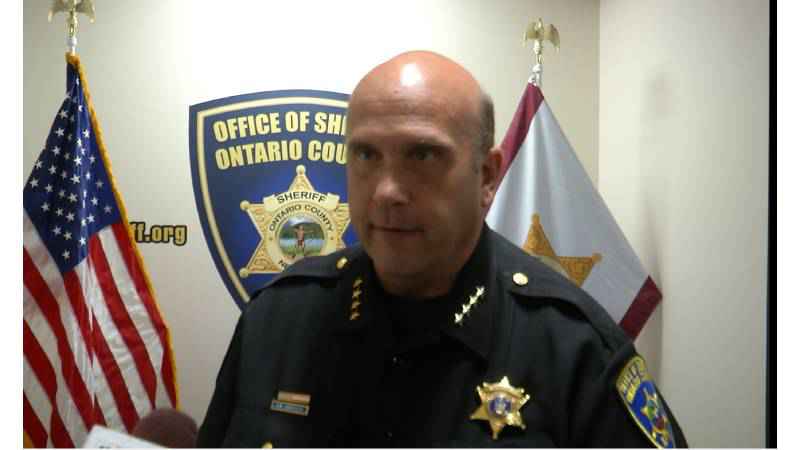 Henderson was scheduled to be at an Ontario County Public Safety Committee Wednesday, but as of the time of this article’s posting, he did not show up. On the agenda is an update into the investigation into his alleged behavior.

I’m at the Ontario County Public Safety Committee meeting. @OCSOhenderson was scheduled to be here but is not. On the agenda is an update into the investigation into his behavior, here’s the backstory: https://t.co/SCbzSgdW5e @news10nbc

Board members previously said they first learned of complaints against Henderson in late 2020. The board says an independent investigator looked into the claims and found evidence of wrongdoing. They say Henderson did not comply with the investigator at the time, which is why the new committee was formed.