ROCHESTER, N.Y. (WHEC) — There’s a new memorial set up in the city for a 10-year-old boy who was caught in the crossfire of a shootout.

Tyshaun Cauldwell was hit by a stray bullet outside his home back in 2001.

On Tuesday, Flower City Habitat for Humanity (FCHH), the Seneca Park Zoo Society, and local leaders honored the memory of the late 10-year-old with the unveiling of the completed Tyshaun Cauldwell Memorial Garden.

His family says it now serves as an important reminder for the community. 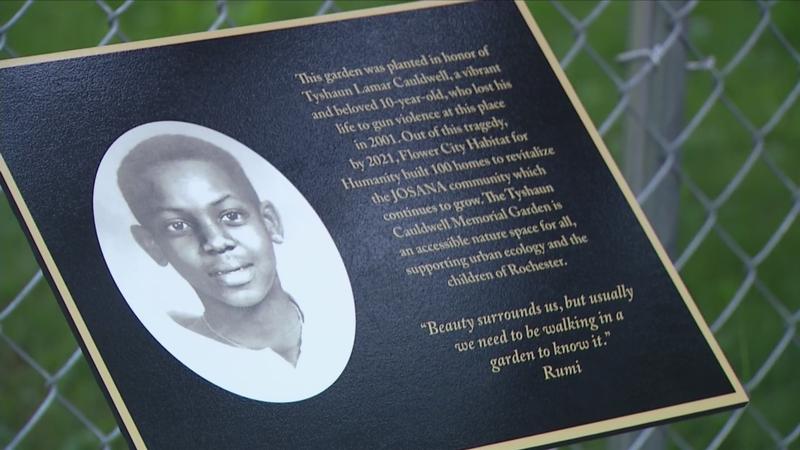 The garden includes the original monument and tree that were used to mark his passing, new plants, and flowers.