Foodlink employees team up to form union, call for recognition from organization

ROCHESTER, N.Y. (WHEC) — A "majority" of employees at Foodlink announced their intention to join up with a state union and now are calling on the organization to recognize it.

In a release Tuesday from the New York City-based OPEIU Local 153, it was announced the new partnership would be called "Foodlink United." Organizers say the move is being made in response to increased demand for food services, as well as the health risks of COVID, and understaffing.

OPEIU stands for "Office and Professional Employees International Union", and is made up of what organizers call a "family" of unions, including the Canadian Labour Congress. The union would represent Foodlink’s workers.

Employees are now giving the organization until Thursday at 5 p.m. to "voluntarily" recognize the formation. If the approval doesn’t come in by the deadline, employees will file for an official election on their behalf with the National Labor Relations Board.

The vote will not take place until a formal petition is filed. 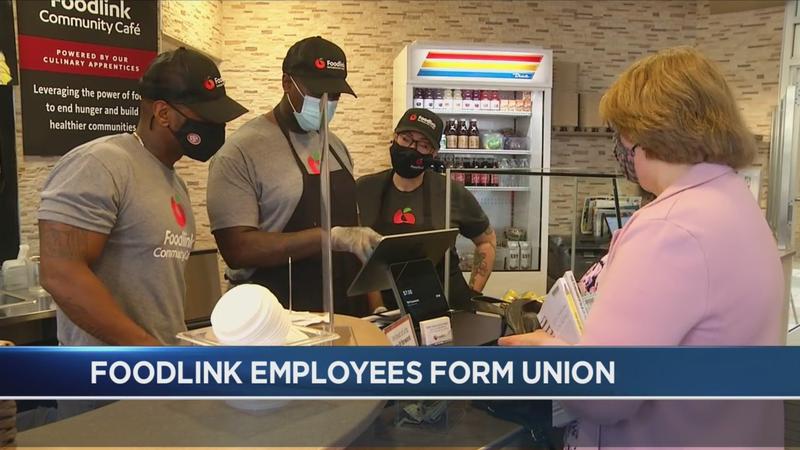 See here how unions are formed.

President and CEO of Foodlink Julia Tedesco released the following statement on Tuesday in response to the announcement:

"Foodlink represents a diverse group of compassionate people who all believe in a common mission: to end hunger and build healthier communities. Caring about and investing in people is what we do and who we are — and that starts within the workplace we share.

"Unions serve an important role to protect workers, particularly in companies where profit is the bottom line and people are not put first. Although I do not believe we need a union to accomplish our shared goals, I hear, respect and honor the voices of those team members who feel differently. Ultimately, it is my responsibility to ensure that every voice is heard.

"In recent years, Foodlink has proactively increased pay, and covers 100% of our employees’ health and dental insurance premiums. We have expanded bonuses, paid time off, hardship supports, and committed to being as flexible and accommodating as possible during the ongoing public health crisis. We have increased investments in employee safety, career empowerment, professional development and training. Lastly, we began a two-year process with the formation of three internal teams — comprising people from all levels of the organization — that examine our practices through the lens of equity.

"So much of this work has been driven by collaboration and direct dialogue at Foodlink. I fully believe we can continue to solve our challenges — and best serve our communities — through direct dialogue and a fierce adherence to our values, mission and call to justice."