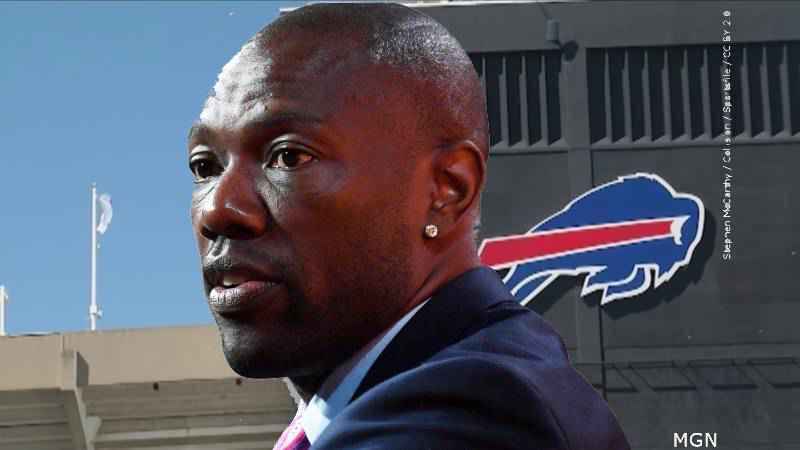 The team announced Thursday Owens, who spent just one season in Bills uniform, will be the "Legend of the Game" as Buffalo hosts the New England Patriots.

In Owens’ lone season in 2009, he took in 55 catches for 829 yards and five touchdowns. He also added a score on the ground during what would be a 4-12 season. While only around for a cup of coffee and a plate of wings, "T.O." did set two Bills records: longest play from scrimmage and longest reception touchdown, which he picked up on a 98-yard touchdown catch against the Jacksonville Jaguars.

Get your popcorn ready. ??@TerrellOwens is returning to @HighmarkStadm for MNF as our Bills Legend of the Game: https://t.co/DAHLkZUo55 pic.twitter.com/LrgncVh5ME

As part of being the featured guest, the team said Owens will surprise a fan at their seat. The team last hosted former running back Marshawn Lynch as the legend when they hosted the Indianapolis Colts.

Kickoff for Monday’s game is set for 8:15 p.m. on ESPN. Of course, you can catch coverage before and after the game on News10NBC.