ROCHESTER, N.Y. (WHEC) —A Fairport grad and former Rochester lawyer is set to make history in the state’s courts.

District Judge Elizabeth Wolford Wednesday will become the first woman to serve as the Chief Judge for the Western District Court of New York.

Back in 2013 former President Barack Obama nominated her for the role of district judge, where she was the first woman to serve in that position for the region as well.

Before that nomination, she practiced law for more than 20 years at the Wolford Law Firm here in Rochester. She’ll be replacing the honorable Frank Geraci Jr., who has been our district’s chief judge since 2015. 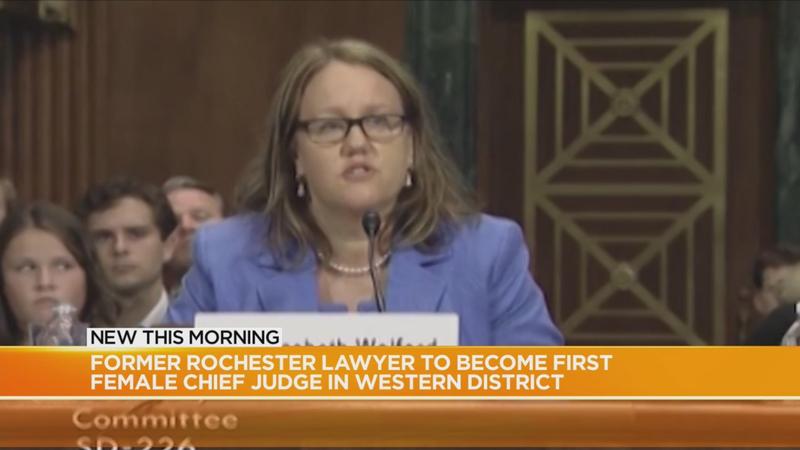