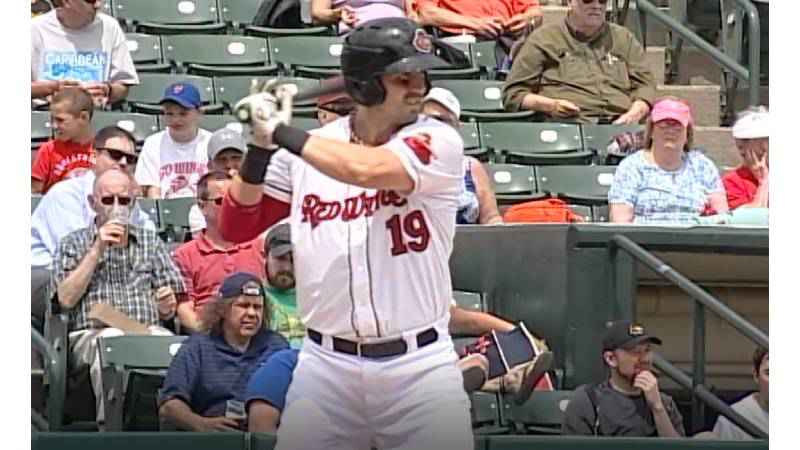 Brock Peterson steps up to the plate against the Durham Bulls on May 19, 2015.[News10NBC]

According to an online fundraiser set up for his recovery, Peterson, who played for the Wings from 2008-2010, and then again in 2015, is currently alert and able to breathe, but cannot move from the chest down.

The accident happened on July 3 while Peterson was in Virginia Beach, he was rushed to the hospital and underwent surgery last Monday to stabilize his fractured C5 vertebrae, the surgery reportedly went well.

"Brock has begun the very early stages of recovery, working with Physical Therapy and doing as much as he can on his own to regain strength and stay positive," a post on the fundraiser read.

As of Thursday afternoon, more than $67,000 has been raised out of a goal of $300,000. The post said the money would go towards medical bills and other recovery-related expenses.

Originally drafted by the Minnesota Twins, the Red Wings’ former parent club, Peterson made his Major League Baseball debut with the St. Louis Cardinals in 2013. After leaving baseball in 2015, the post says Peterson began mentoring and coaching kids in the Virginia Beach area, he also earned a bachelor’s degree in finance.

"The journey ahead is long and full of uncertainty," the post read. "With the love and support of family and friends, it is our belief that anything is possible."