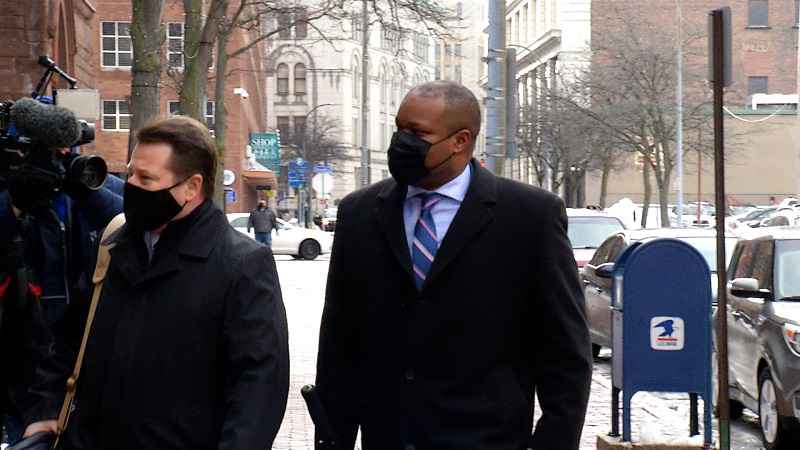 Prude was not breathing and had no pulse after he was restrained and handcuffed by officers on Jefferson Avenue. He died seven days later in the hospital after being taken off life support. The medical examiner ruled his death a homicide and said Prude died from complications of asphyxia due to physical restraint, excited delirium, and PCP. His death didn’t become public knowledge until early September.

City Council, acting through an independent investigator, was seeking evidence and witness testimony.

You can watch Singletary’s full deposition in the video players below. If you’re using a mobile app, click here.

During his deposition, Singletary answered numerous questions about his knowledge of the events of March 23, 2020, the night Prude had an encounter with Rochester Police officers. He also testified about who he talked to about the case.

A lot of the questions were focused on two phone calls between Singletary and Mayor Lovely Warren.

Singletary was fired by Warren after he initially announced plans to retire. He filed a notice of claim against the City of Rochester for defamation of character, hostile work environment, and wrongful and retaliatory termination.

In a statement, the city claims Singletary told the mayor that everything had been done "by the book".

In December, the City of Rochester’s Office of Public Integrity released its report, saying it found "no evidence" that any city employee violated any "policies or ethical standards" in connection with Prude’s death.

We are still awaiting the results of an investigation launched by New York Attorney General Letitia James. A grand jury will decide if the officers involved will be charged.

Daniel Prude’s brother, Joe is suing the City of Rochester for $75 million. News10NBC’s Jennifer Lewke spoke with his attorney about what they learned during Friday’s deposition.

The Community Justice Initiative held a press conference during the deposition. Members say Singletary exemplified poor leadership on every single level. Members urge Rochester’s leadership to take responsibility and admit that they "dropped the ball".

For more information on the death of Daniel Prude click here.