"New York state is globally known for having some of the best food products in the world, and the agricultural industry is an important part of our statewide economy," Governor Hochul said. "By continuing to build on our investments in successful companies like RealEats, we are bolstering startups that are focused on the future of the agribusiness industry. We are committed to fostering these innovative ideas, boosting job growth, and to further strengthening the regional and statewide economies."

Originally located in the Geneva Enterprise Development Center, a local business incubator, the company will produce and ship fully cooked, farm-fresh customizable meals from the new Geneva location. There are currently 160 people employed there.

RealEats delivers healthy, portion-controlled, chef-cooked meals directly to homes across most of the United States. RealEats selected New York, and specifically Geneva, for its expansion, because of its central location in the world-renowned Finger Lakes agricultural region.

Geneva is also home to the Center of Excellence in Food and Agriculture at Cornell AgriTech – the first of its kind facility which pulls together multiple partners to catalyze business development in New York’s agriculture and food industries.

Dan Wise, RealEats President and CEO said, "We are beyond fortunate to have found a home in the Finger Lakes, where all the real food is. I could not have envisioned that an idea to solve my family’s dinner dilemma would become an important public-private partnership dedicated to building a better food future." 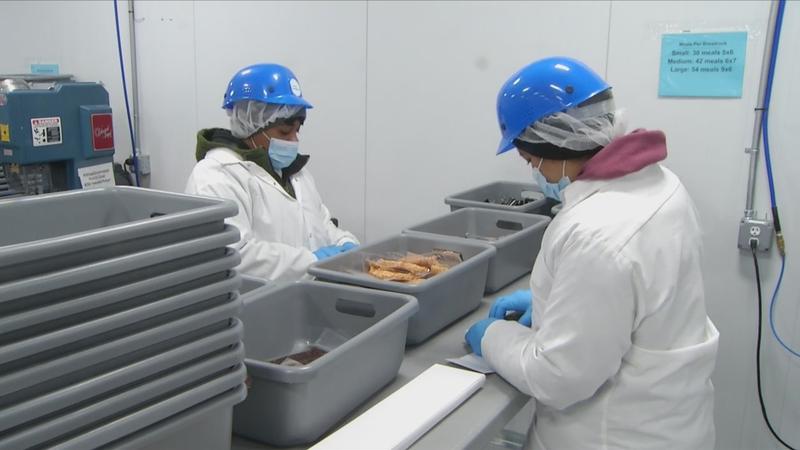 The funding and assistance made possible for this venture is provided by Empire State Development, New York State, Ontario County, the City of Geneva, the Center of Excellence for Food & Agriculture at Cornell AgriTech, and the tremendous support of RealEats investors, the New York State Common Retirement Fund, Hamilton Lane, Armory Square Ventures, Excell Partners and GNC.

"RealEats is a homegrown New York success story. It is meeting the growing consumer demand for healthy, easy-to-prepare dinner options that arrive at your door, many created with fresh food from the Finger Lakes. The state pension fund has invested nearly $8 million in RealEats because the company is generating results and shows significant potential as demand for online meal services increases. We’re proud to help this New York business expand into a new facility. We’re putting pension dollars to work in every corner of our state while generating solid investment returns so public workers can have a secure retirement," said State Comptroller Thomas P. DiNapoli.

Empire State Development has previously supported RealEats continued growth in Geneva through a $500,000 grant, and a $2.45 million investment by Excell Partners, which manages the FLXFWD Venture Fund, supported by the Upstate Revitalization Initiative. Up to $3 million is also being provided through the performance-based Excelsior Jobs Tax Credit Program in exchange for promised job commitments.

The company also has the distinction of being the $1 million, round one winner of the state-supported Grow-NY food and agriculture business competition which is dedicated to growing an enduring agrifood industry innovation cluster in the Finger Lakes, Central New York, and in the Southern Tier regions of New York State.

More on Accelerating Finger Lakes Forward can be found here.