Friends and family attended funeral services at Church of the Assumption on East Ave for "Harmonica Pete" DuPre.

DuPre passed away last week at the age of 98.

He served as a medic in the 114th General Hospital Unit while supporting his family after his parents died when he was just 17. 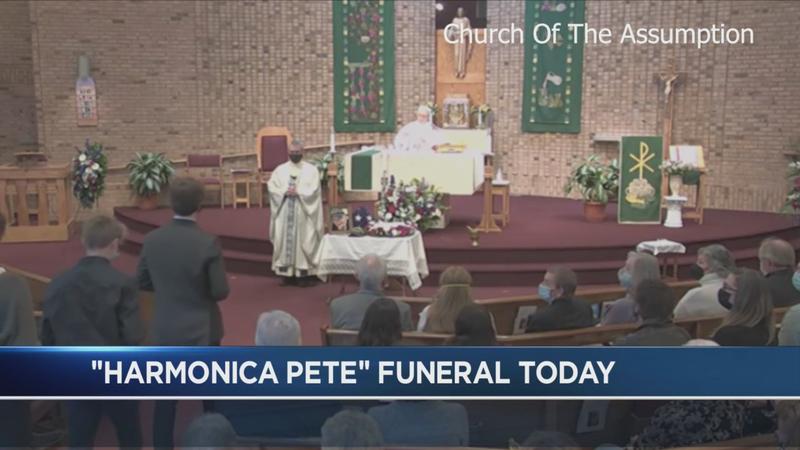