GREECE, N.Y. (WHEC) — The future is uncertain for an iconic 94-year-old Greece restaurant that has hosted generations of customers and countless major life events.

The owners of the Dutch Mill on Dewey Avenue prepared for one last party on Saturday before they close up and sell the business.

“I got a little choked up,” admitted owner Ann Marie Simmons. “Parting is very sweet sorrow. That’s for sure.”

"They’ve treated us like family,” declared longtime customer Scott Mathis of Rochester. “It’s been a great place to be. I’ve enjoyed every minute of this place. "

Mathis had been coming there since the 1970s and owner Ann Marie Simmons says she can feel the Dutch Mill’s long history, since it was built in 1928. 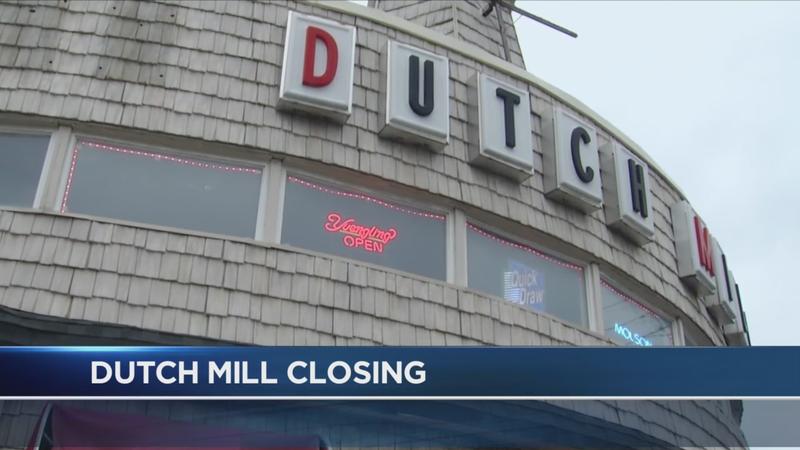 "This is 1937,” she observed, looking over old photos and newspaper ads for the restaurant. "Seventy-five cents for a turkey dinner.”

A color photo of the snowy streetscape showed a somewhat different-looking paint job on the establishment.

"That’s the blizzard of ’66,” Simmons said, laughing. “The Dutch Mill was green!”

"Stag parties, wedding parties, after-funerals here,” recalled Mark Fenton of Greece who’s been coming to the Dutch Mill for 25 years. “Just anything you can imagine here.”

"I don’t think there’s a person in Monroe County that doesn’t have a connection to this building,” exclaimed Anne Marie’s husband and co-owner Bob Simmons.

After owning the business for almost six years themselves, the Simmons are selling the Dutch Mill and it was scheduled to close after one last farewell bash Saturday, an event the Simmonses admit might get emotional.

As they say their goodbyes the Simmonses don’t know what the future holds for this iconic building, they’re selling it to the ownership of the Dewstone Plaza, which surrounds it.

“It’s going to be very tearful I will say that, though,” predicted Ann Marie Simmons. “Every time somebody hugs me. I was a crier in the beginning here. And I will be a crier at the end.”

The Simmonses are hoping that some of their longtime friends will come along with them as they go to open their new business in another historic old building, The Valley Inn in Honeoye, which they hope to have in operation by June.