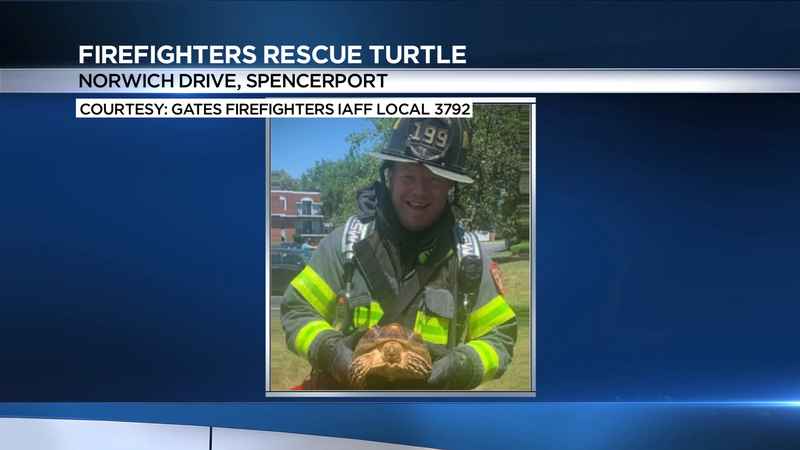 GATES, N.Y. (WHEC) — A Gates firefighter made one shell of a rescue while responding to a call on Sunday afternoon.

According to the Gates Firefighters IAFF Local 3792, firefighters responded to help the Spencerport Fire Department for reported smoke in an apartment building on Norwich Drive.

Firefighters got into a smoke-filled apartment and found a heat lamp had tipped over into a turtle pen, which caused the wood chips to smolder and create the smoke.

Nobody, including the turtle, was hurt.