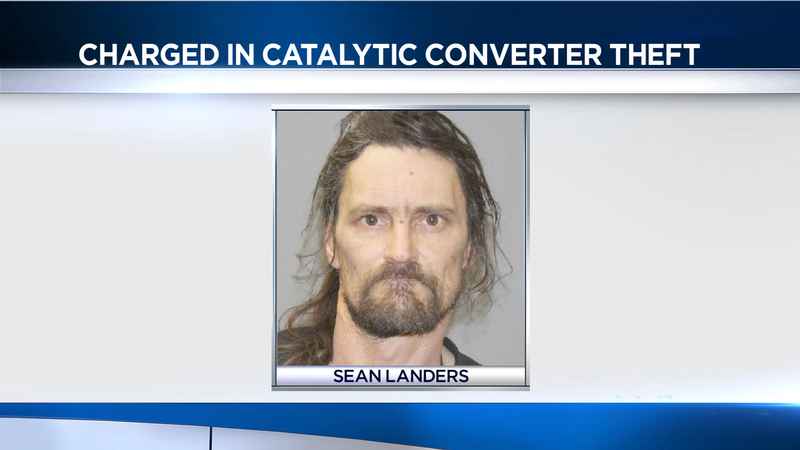 GATES, N.Y. (WHEC) — Gates Police Department, with the assistance of the Monroe County Sheriff’s Office, arrested a man believed to be responsible for a catalytic converter theft on Wednesday.

Landers was developed as a suspect in the theft of a catalytic converter from a vehicle parked at the Bill Gray’s restaurant on Buffalo Road in Gates occurring on March 1, 2022. He is currently on probation for petit larceny stemming from a previous arrest in the town of Parma for a converter theft.

These thefts have been a recurring problem in Monroe county. Lawmakers passed a bill last November, aimed to address the problem of catalytic converter thefts from cars, a crime that has been a problem in Monroe County since early 2021.